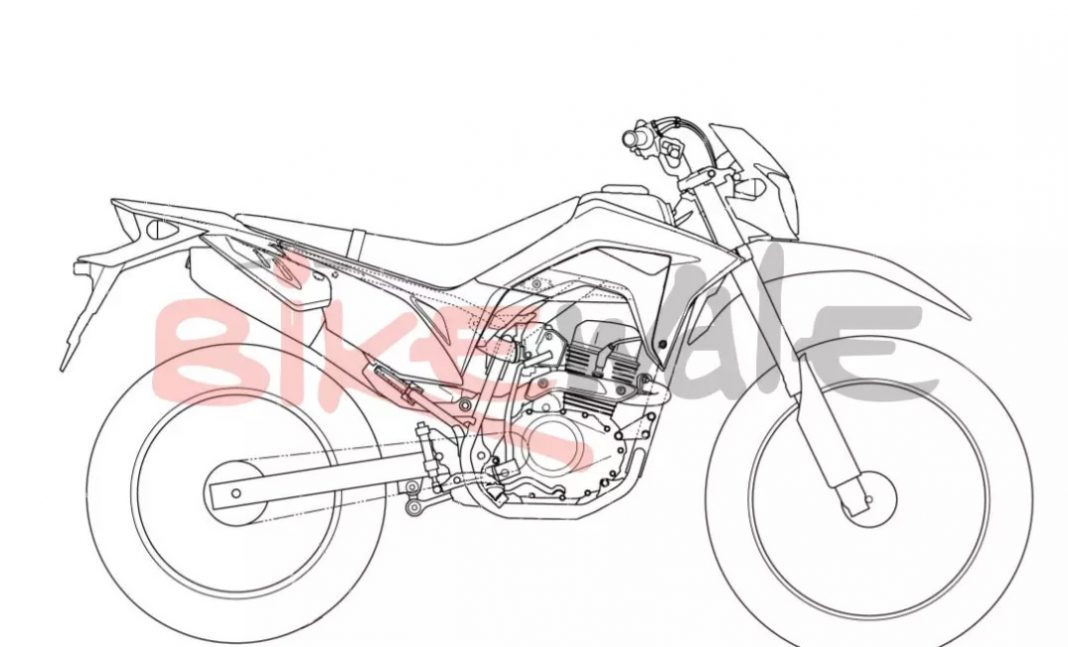 Honda CRF200L, as it could be called as, is rumoured to be the Jap’s first motorcycle on the speculated new 200cc platform.

In a dramatic turn of events, it is believed that Honda is opening up for motorcycles which may not bring it the volumes it has always been thirsty for. A recent report speculated that Honda is working on a 200cc platform which will obviously spawn many motorcycles – like it generally the case is.

In a development to this snippet, Bikewale has posted a design sketch of a motorcycle which it claims is the Honda’s 200cc motorcycle for our market. The sketch features an on-off road bike which will then rival the Hero’s Xpulse 200 – the latest talk of the town.

In fact, the sketch features a design which is very similar to the small capacity CRF motorcycles Honda sells in many countries like Indonesia and Thailand. More specifically, this sketch resembles the CRF 250L which is powered by a fuel injected, DOHC, 250cc, single cylinder engine.

However, the report claims that this motorcycle (which is expected to be sold under the CRF moniker – CRF200L then?) will be powered by a newly developed 200cc engine for our market.

If this goes true we will have a very worthy opponent against Hero’s Xpulse 200 but we are hoping for higher power in Honda’s version. The report further speculates that this CRF200L will be launched within two years and will be the first motorcycle on this 200cc platform.