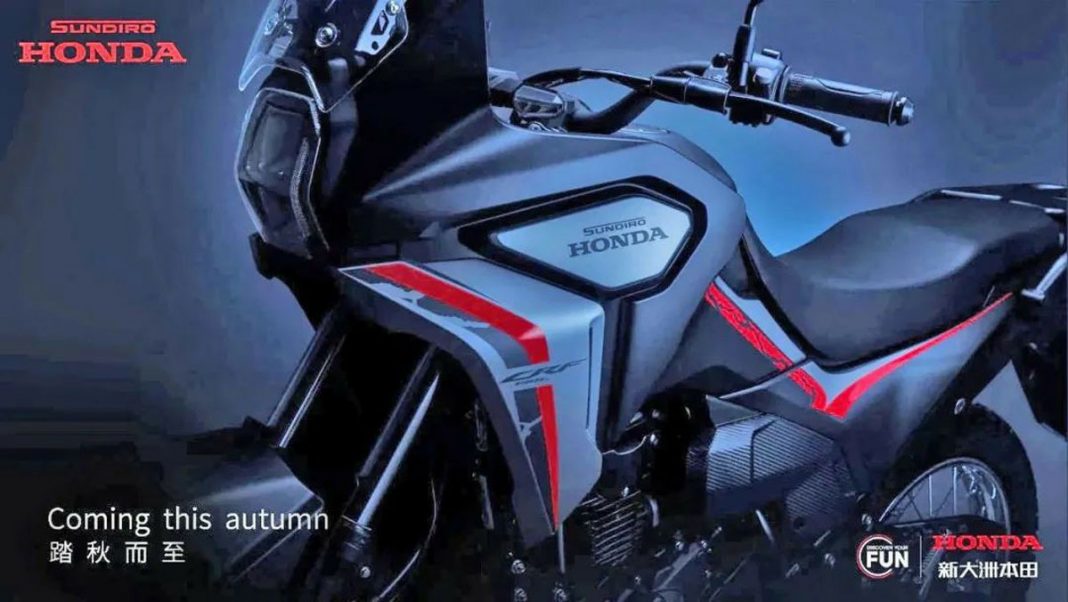 Honda CRF190L launch in China is very soon. It is the next motorcycle on this 190 platform which also spawns India’s Hornet and CB200X…

It must be noted that the current Indian Hornet 180 and CB200X are motorcycles based on a platform that was first sold in China. Honda, with one of its partner Sundiro, sells various iterations which include – streetfighter, tourer, retro, etc.

In a latest update, it has teased yet another motorcycle on the same 190 platform and it is being called as CRF190L. The CRF moniker immediately brings to mind the versatility of the Africa Twin (CRF1100L) and other CRFs in Honda’s global portfolio.

And echoing similar traits, the 190 CRF does carry with it long travel suspension, block pattern tyres and spoke wheels – the quintessential ingredients of off-road oriented ADVs.

There is a rectangular headlamp (appears to be LED) with DRL surrounds, lean, high body, luggage rack, high-set handlebars, etc.

Not a lot is known about the motorcycle including its motor at the moment – but in all probability, it will continue with the same 184cc single cylinder engine that belts around 16 horses and about similar torque in Nm (in China).

The idea appears to be to offer a motorcycle that can do more than the CBF 190X – another road-biased ADV/Tourer that is sold in China, on the same platform. The CRF190L will be launched in a month or two as the teaser reads.

That brings us to the most important part – its connect with India. So, if you are disappointed with the CB200X (mainly because of it carrying forward almost the same hardware as the Hornet streetfighter), Honda has given us hope of a more off-road centric Adventure motorcycle that it can bring to India. We are waiting…