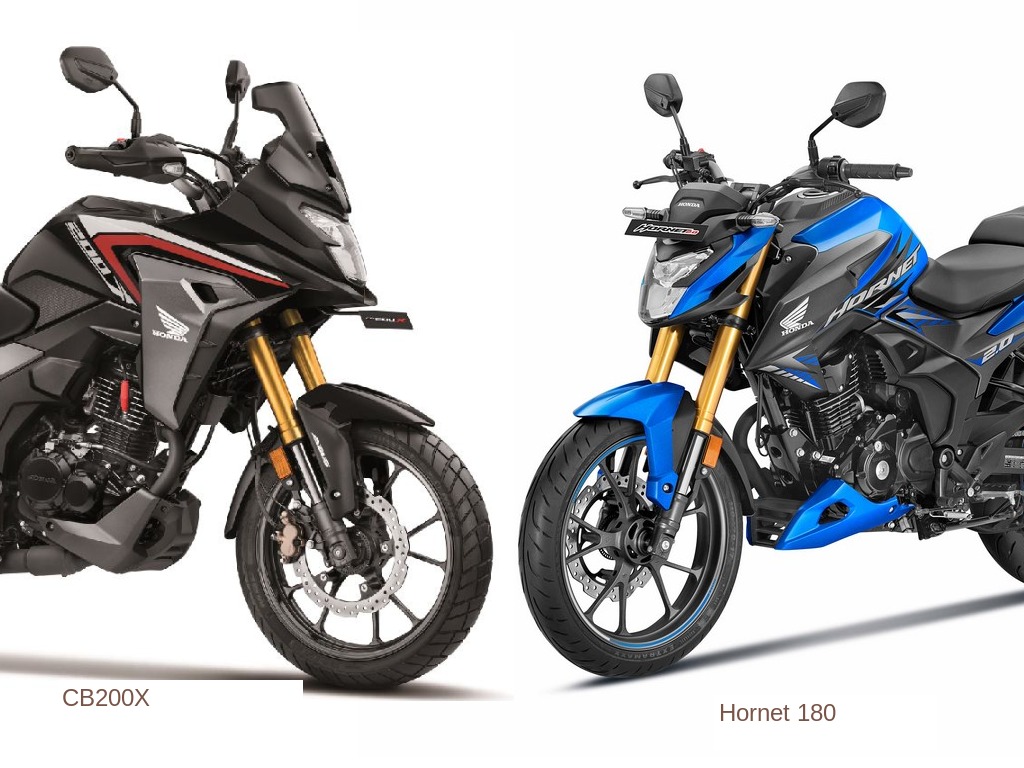 CB200X vs Hornet 2.0: We list the differences as well as the similarities between the two siblings; Is the X ADV enough…?

Honda has introduced its second motorcycle on the new Chinese CB190 platform in India. Unlike Hornet 180 aka Hornet 2.0, the latest motorcycle follows a new naming convention – CB200X. Like its elder siblings, the 200X is promoted as a soft ADV.

So, how different is it from the Hornet? Let us list all the differences between these two models…

The biggest difference comes in the form of styling. While the CB200X is styled as an ADV, the Hornet 180 is a streetfighter design. But the spec-sheet tells us that there aren’t a lot of internal differences…

And off coarse, Honda is charging a premium of Rs 13,318 over the Hornet for the added oomph!

What has NOT Changed?

The CB200X also carries over the same swingarm, alloy wheels, digital instrument cluster of the Hornet 180.

So, there you have it. The looks of the new CB200X are brilliant but does it pack the required ammunition to qualify as an ADV…!