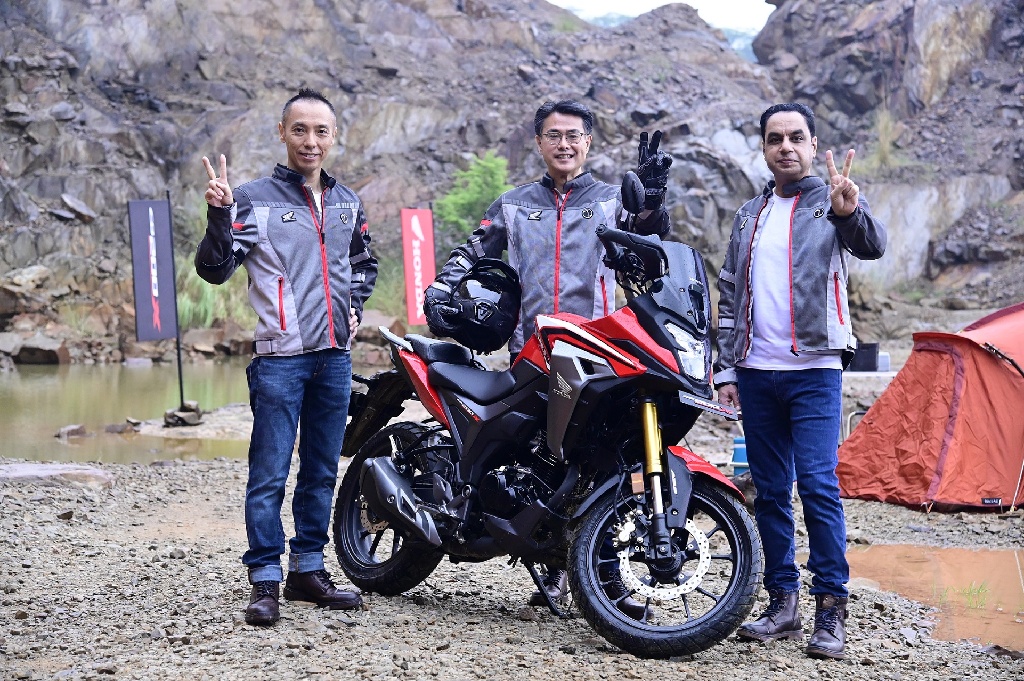 Honda CB200X price is about Rs 14,000 higher than Hornet 180 – the motorcycle it is based on. It looks lovely and had a lot of excitement among bikers…

Honda has officially announced the launch of its new light Adventure model which is called as CB200X. Yes, neither is it debuting under the Hornet’s moniker (which was expected) and nor does it get the NX200 badge that the company patented few months back.

The CB200X looks beautiful and is promoted as a bike that can do soft off-roading and still be a good city gadabout. It continues with the same 184cc, single cylinder engine that produces 12.7 KW of peak power at 8500 rpm and 16.1 Nm of max torque at 6000 rpm. That means there is no change in the outright specs when compared to Hornet 180. However, we believe there should be tuning/gearing differences since it (the CB) caters to a different usage.

Honda says the new urban explorer comes with 3 patent applications and could be considered as the younger sibling of CB500X, that also debuted earlier this year in India.

Honda has priced the X about Rs 14,000 higher than Hornet 180’s standard variant.

NEXT READ: CB200X Bookings Open: Here is When Deliveries Will Commence