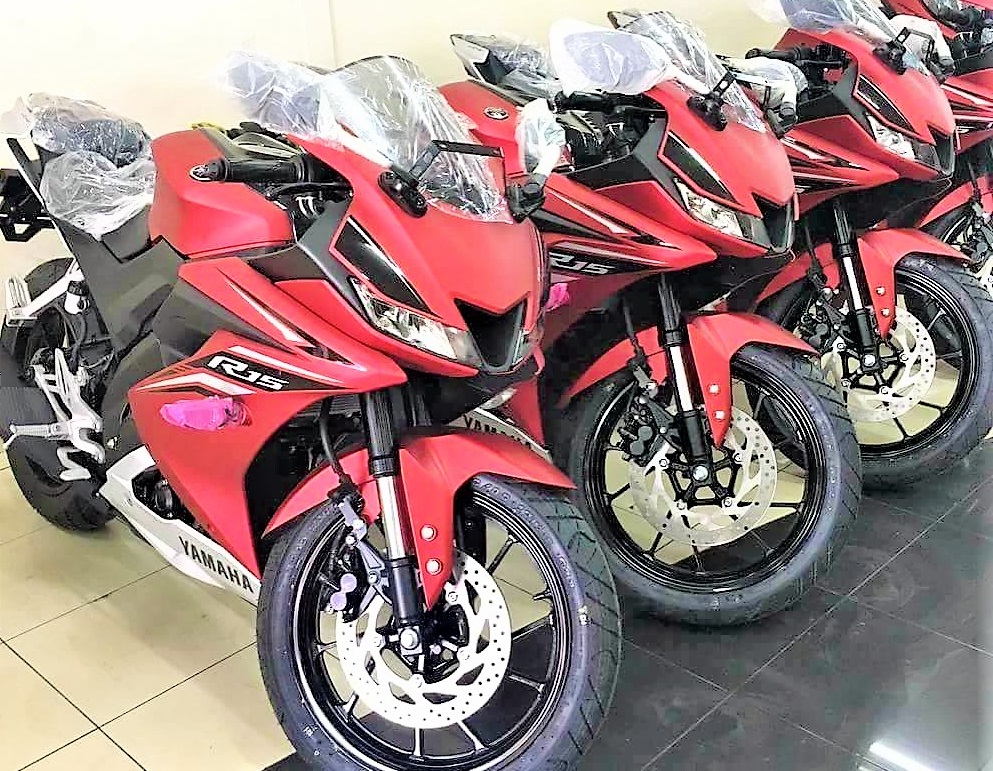 All of a sudden few pics of red-coloured R15 v3s are being circulated by many automotive portals claiming them to be from India. To give them authenticity they say that the motorcycle has been spotted at some dealership in Hyderabad. And by reading the comments on Facebook, I can make out that this has made a lot of enthusiasts happy.

A few guys have written that they have cancelled bookings of the Dominar 400, some even the Duke 250 etc. But let me break the myth – the R15 v3s featured in these pics is NOT from India…. it just can NOT be!

I have discussed the reasons to death in an earlier article and let me present to you some more. 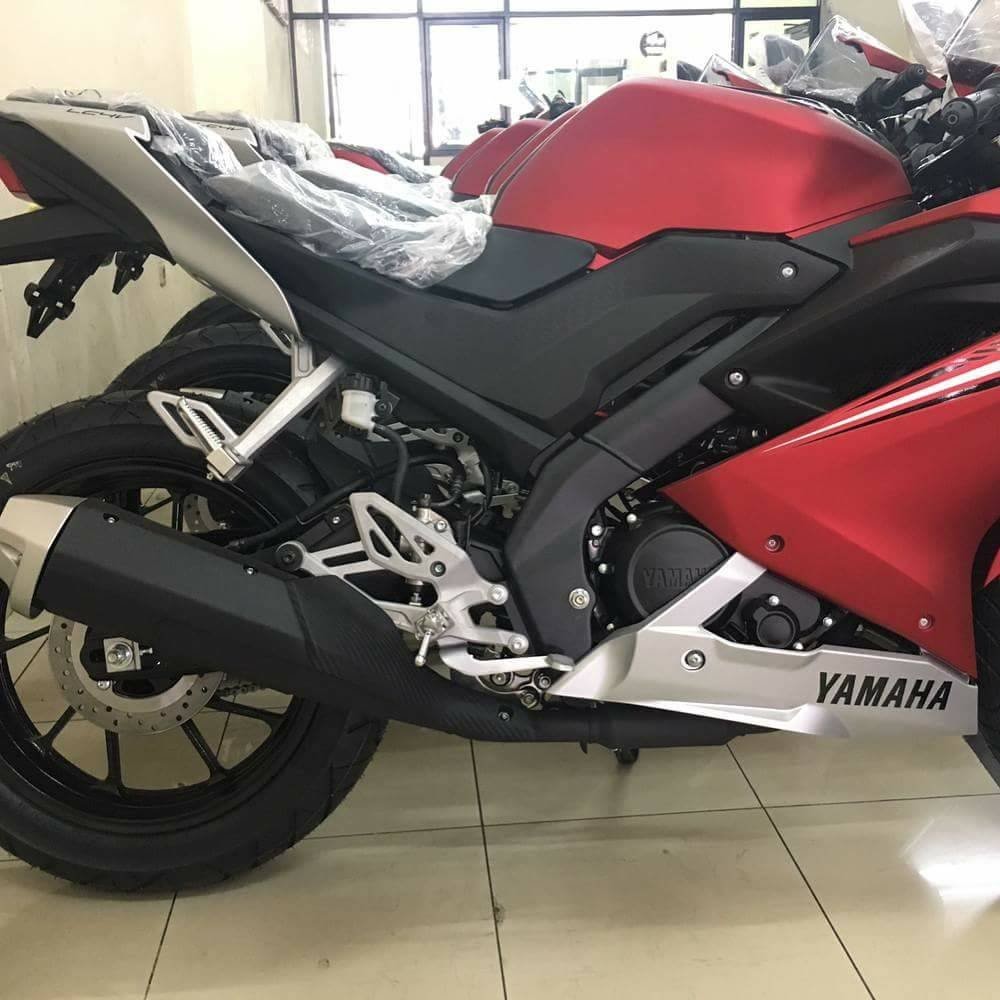 First, Indian R15 v3 will NOT come with IRC tyres these motorcycles are sporting. So far Yamaha has offered MRFs (even on the R3) and the Indian R15 v3 may follow suit. The international-spec R15 v3 (at least the Indonesia-spec R15 v3) sports IRC tyres and these pics may be from the same country.

Second, it makes NO BUSINESS SENSE to invest in upgrading the current R15 v2’s engine (to BS4 emission norms) for a month or two. For your information, BS4 compliant R15 v2 was launched just last month. Think again guys, why will Yamaha update the R15 v2 to BS4 if they had plans to launch the v3 within a few weeks (as this hoax is making you believe)? 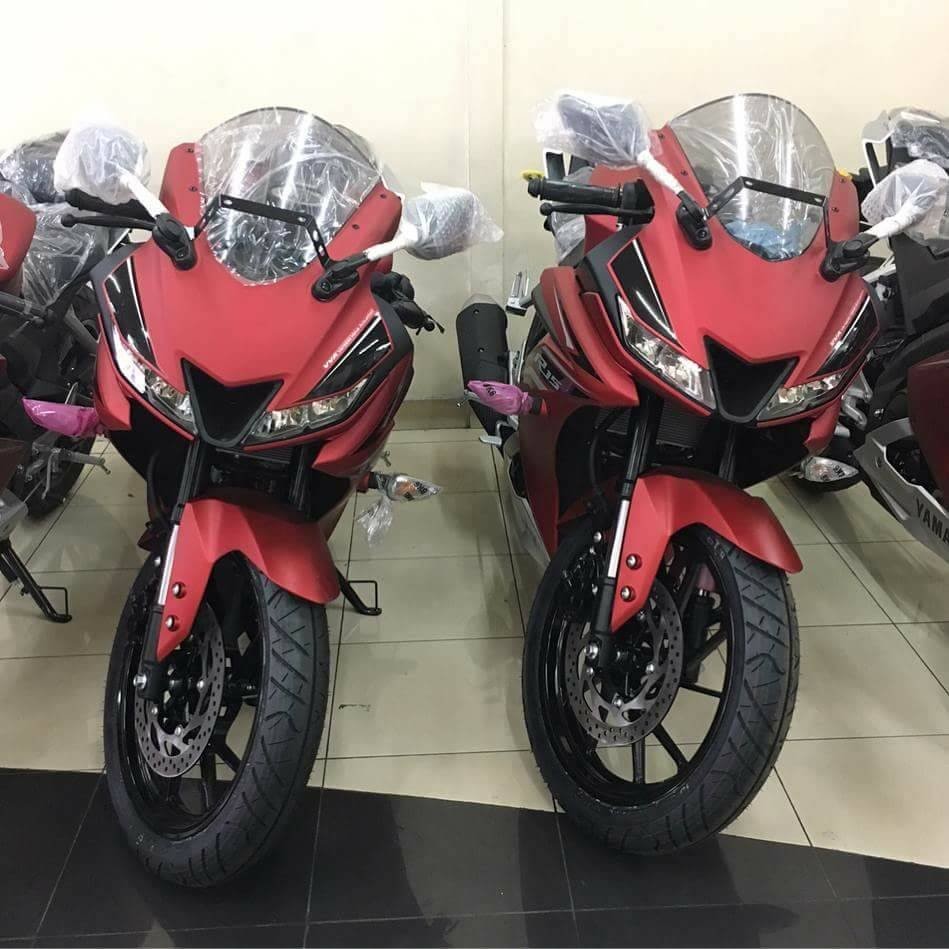 For a moment, let us consider the hypothetical situation that Yamaha launches the v3 and keeps it over v2. Again, do you see any logical sense out of it? R15 v2 is selling 3000-4000 units in India a month. How many units do you foresee will the R15 v3 add at Rs 10,000-20,000 higher price tag? If we consider the net gain to be ~1000 units do you feel Yamaha is insane enough to set up a dedicated production line for that?

So guys, do NOT fall for these baseless rumours. R15 v3 is NOT coming to India anytime soon. In fact, I do NOT see Yamaha launching it this year at all. But yes, what Yamaha may launch in sometime is this 250cc..