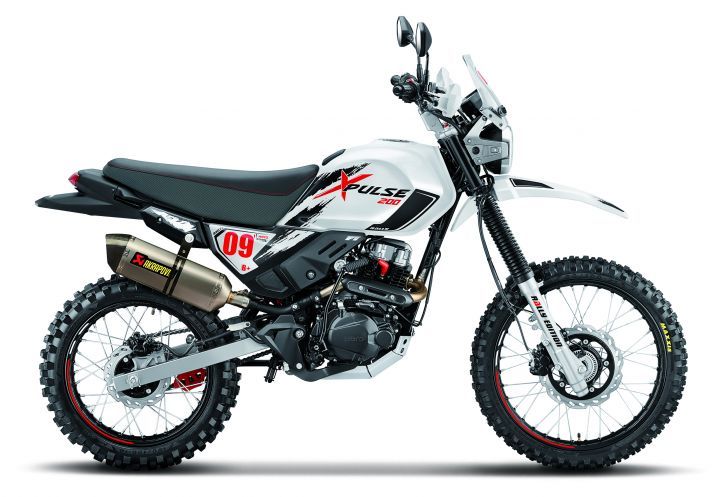 Apart from the outrageous Xtreme 1.R concept, Hero also showcased an Xpulse 200 Off-Roader at the ongoing EICMA 2019. But the interesting bit is that you can also convert your Xpulse into this off-roader because it is a separate kit that the company will offer.

It must be remembered that Hero first showcased the Xpulse as a concept at the 2017 Auto Expo which was followed by its sibling Xpulse 200T at the last year’s auto show. This year it has unveiled a Rally kit which can be plonked on any Xpulse 200 and the motorcycle turns into a worthy off-road machine. Hero says this rally kit has been designed with learnings from the company’s Dakar experience.

This is a nice initiative by the company and it believes that this will serve as a basic ground for youngsters to hone their off-roading techniques and will enhance our Rallying prospects.

However, it must be known that this kit is not homologated for street use which means this is not road legal and you can not ride the Xpulse off-roader on roads after you install this kit. Pricing for the kit has not been revealed by the company but it will be launched in the months to come.