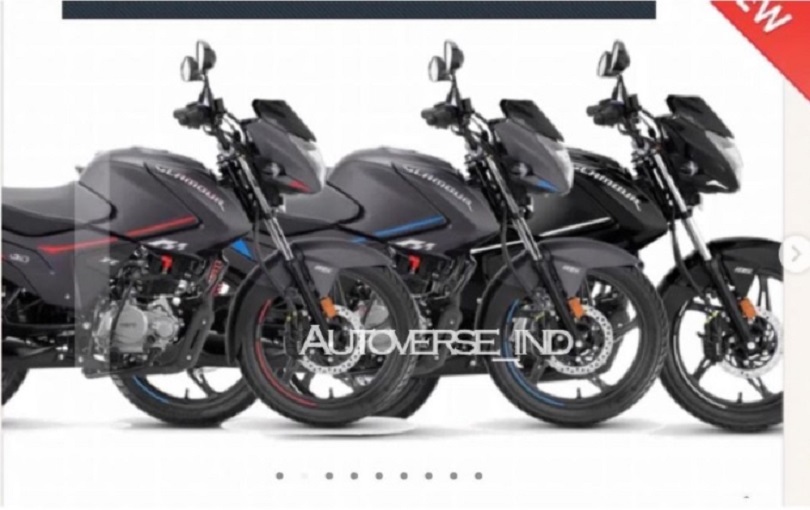 Few months back, Hero registered the brand name ‘XTEC’ which sent speculations that there is a new model in the pipeline – probably an ADV. However, today it gets cleared that XTEC is not an all-new motorcycle and instead it was reserved for the special edition of Glamour.

Hero is going to launch its popular commuter in a new variant called XTEC. This has been revealed by a few presentation slides probably intended for dealers.

The Glamour XTEC will continue with the current 125 cc engine compatible with BS6 norms.

However, there will be quite a lot of changes on the model – at least 14, going by one slide. The new Glamour XTEC is getting a new DRL headlamp, fully digital meter console along with Bluetooth connection support. The upgraded console brings in a gear position indicator, RTMI (real time mileage indicator), and tachometer.

There are three new colors on offer – Techno Black, Grey Blue, and Grey Red. The Grey shades appear to be matte finished.

In the leaked slides there is a mention of 2 percent higher fuel efficiency. It is not clear if that comparison is with the current Glamour BS6 or the older version.

Hero is Planning to Launch Two Electric Vehicles by 2022

The latest color shades on the Glamour XTEC make it look sportier and may appeal to people preferring SP125 and other motorcycles in this segment.

With the Pulsar 125 entering this segment, it has become highly contested. Hero has been working on its Glamour to ensure it does not cede its territory to rivals. Apart from the 100 million edition, it recently received its Blaze edition.

As of now, there is no information about the launch timeframe and the price of the upcoming Hero Glamour XTEC but expect it to be announced very soon. The disc variants of Glamour cost Rs 76,700 (standard trim), Rs 77,900 (Blaze) and Rs 78,500 (100 million edition). We believe this XTEC will also be priced around theRs 78,000 mark (for the disc version). If there is a drum brake version as well, it may cost approximately Rs 75,000.

Hero Working on Not One But TWO Electric Vehicles; Launch Next Year