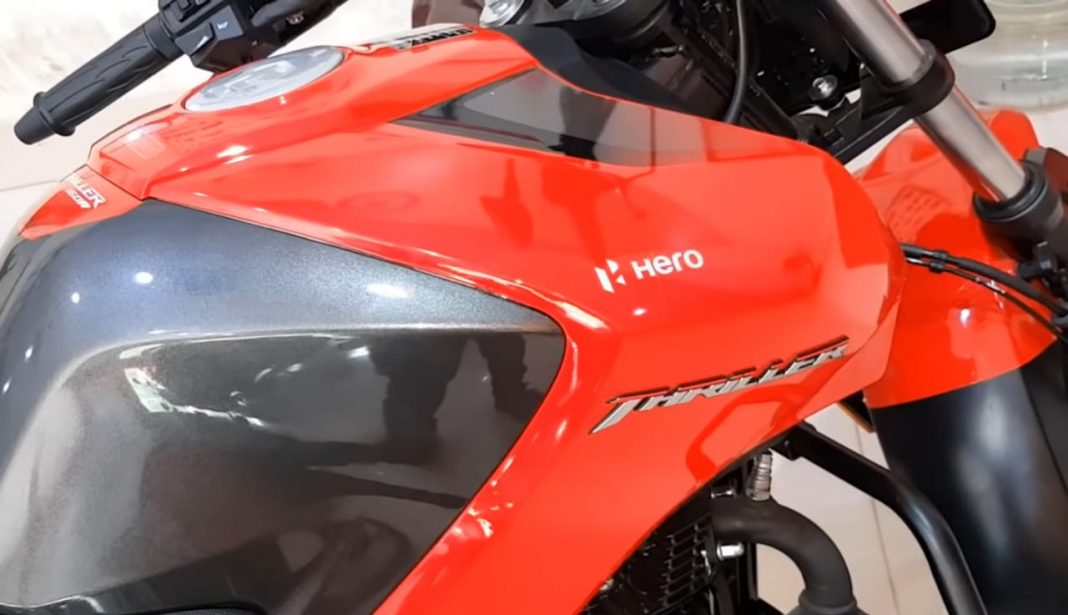 Hero Thriller vs Xtreme 160R differences listed on this page. Thriller is sold in Bangladesh and few other countries across the world…

Like every manufacturer, Hero also has different strategies for its products for the Indian and the export markets. For example, it sells the Xtreme 160R in many countries as Thriller 160R. The Thriller was introduced in Bangladesh market around December 2020-January 2021.

Here we list some very small differences that we can notice between these two motorcycles.

Hero is offering all the three regular colors – white, red and blue on Thriller. The 100 million limited edition shade of the Xtreme is yet to go there. Rest of the stuff appears to be identical in both the models, including the BS6 compliant engine and the power and torque figures.

While we are at it, let us also tell you that Hero still sells the older Glamour, Pleasure, Hunk and Achiever in Bangladesh according to the official website. All these models have been discontinued or updated in India. The Indian Glamour is sold as Ignitor there.