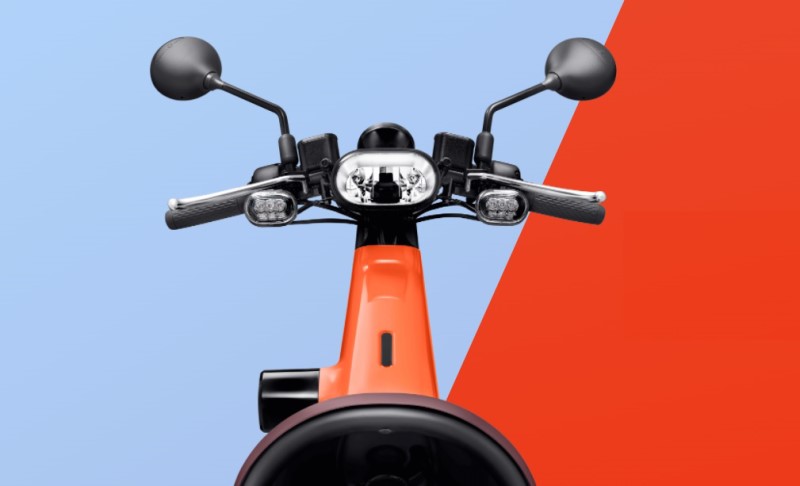 You could be looking at Gogoro Hero electric scooter pics considering that they have been patented in India. More details below…

Hero MotoCorp of India and Gogoro of Taiwan recently announced a major collaboration. It was said that Hero will leverage Gogoro’s expertise in battery swapping in India. Apart from making scooters for other makers, Gogoro also sells few interesting 2-wheelers under its own moniker. However, the press note did not specify if Hero will build a scooter from the scratch for our Indian market or will it bring in few from Gogoro’s portfolio.

This was followed up by a recent announcement from Hero that its first electric 2-wheeler will be launched in India by 2022 (more details). So, a lot is cooking up at Hero’s headquarters regarding its electric journey which is already slightly late, considering that prime rivals Bajaj and TVS are already in the market with their products.

While we were just browsing through, we landed up in an interesting development. Gogoro has patented its VIVA scooter in India. This includes both – its design as well as the name VIVA (see woodmark below). Viva is a very colorful and lightweight scooter from the Taiwanese company and is promoted as a easy 2-wheeler.

It is offered in two variants – keyless and basic. The Viva is powered by a motor which produces 3KW of power and 115 Nm of torque. It has a range of 85 km and weighs just 80 kg, with battery. Prominent features include LED headlamp, quirky design, smart sensors, Synchronized Braking System (SBS), etc.

Overall, this could be a very good starting point for Hero/Gogoro to get going in their electric journey. But the question is – Will Hero launch its electric products under the ‘Gogoro’ brand…?