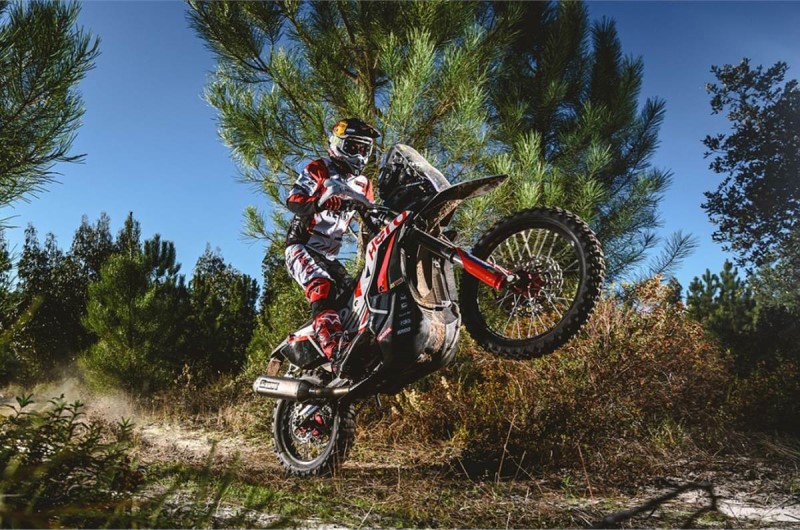 Will the upcoming 300cc Hero ADV be the first motorcycle with this inspiration? Will it be named ‘XTEC’? Are the dots connecting..?

Joaquim ended the rally with the best ever standing of 11th place whereas Sebastian also concluded the race at the 14th place – another personal best! Hero said that it walked away with a lot of learnings from the new Hero 450 Rally motorcycle. The bike, which had a new engine, returned flawless performance and a 100 percent arrival record despite being relatively untested.

Hero says that it is pumped up by the performance of the motorcycle. Pawan Munjal, Chairman of the company revealed that a lot of the learnings from the Dakar bike will be incorporated in its new generation commercial motorcycles and other products. Hero has announced to launch 10 products every year till 2025. What is more exciting is this promise that almost 2/3rd of these will be in the ‘Scooter and Premium Products’ segment.

This statement from Mr Munjal takes us to the near-300cc prototype that the company showcased to the media last year. You can read more details about it here. It is also pictured below.

It, in fact, has registered a patent for the name ‘XTEC’ which could be an Adventure motorcycle. Here are specifics of this update.

Someone Has Imagined Passion Pro 400R & It Is BRILLIANT!

Hero is known for its commuter motorcycles at the moment and the head of the company talking about bringing rally specs and racing pedigree on its upcoming commercial motorcycles is extremely exciting news for all Indian bikers. We would love to see a full-fledged mid-capacity sports ADV from Hero in the near future. YOU…?