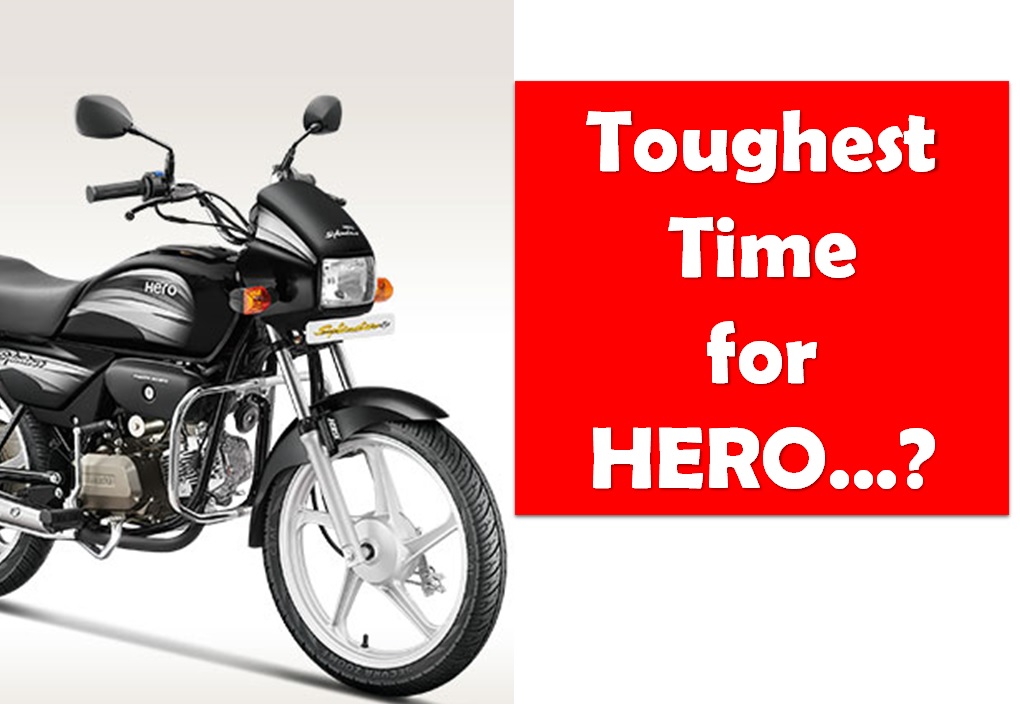 Hero BSVI challenges: This transition for India’s largest maker will not be easy and it may have to take some very courageous decisions to continue with the leadership it has…

The government had announced, well in advance, that India will be moving to lesser emitting, lesser harmful vehicles from April 2020 with Bharat Stage VI emission norms. Currently we are in the Bharat Stage IV era and if you have this question – “Where is BSV?” then let me tell you that we are leapfrogging! There won’t be a BSV regime which makes it even more difficult for manufacturers to adapt to the upcoming change since they will have to take not one, but two steps at once!

International manufacturers like Honda, Yamaha, Suzuki and others are better placed because of their experience and technical expertise in Euro VI emission norms which are roughly similar to what we will adapt in BSVI. Indian manufacturers like Bajaj, TVS may have to work harder but they appear to be confident about this transition.

However, things may be relatively tough for India’s top manufacturer Hero MotoCorp! The reason is simple – its heavy reliance on Honda’s 97cc engine which, even today, gets it majority of sales. This engine was originally launched by Honda for its step-through Cub, back in the 1980s.

Honda never used this engine through its Indian subsidiary on any of its products. However, Hero has continued with it even today and currently it is deployed on Splendor and HF Deluxe motorcycles which constitute almost 70-75 percent of Hero’s total sales! This reflects the insane dependence Hero has on this age-old engine.

Midway, Hero developed an indigenous 110cc engine and tried to migrate sales, however, it has not been very successful at that. This may primarily be due to the consistent issues this engine reported initially.

But this is where Hero’s problems get multifold! The management, quite clearly will have to answer these two extremely tough questions…

These are not very easy questions to answer – this has the potential to turn tables around! It will be very tough for Hero to upgrade the 97cc engine to the new norms and if it does it may entail a heavy price increment. This may mean that Hero may have to absorb this cost, fully or partially, for a longer period of time, even after April 2020.

Hero Down by 1.42 Lakh Units in August: Two-Wheeler Sales

And if it discontinues it, it risks losing a very significant chunk of its sales to its rivals, which are, anyway, sitting for a minor leeway from the topmost manufacturer!

This is why, I believe, this transition to BSVI holds a lot of secrets and even more questions. And it has the power to hit a lot of manufacturers and in the process, the shrewd ones may also end up gaining a lot.