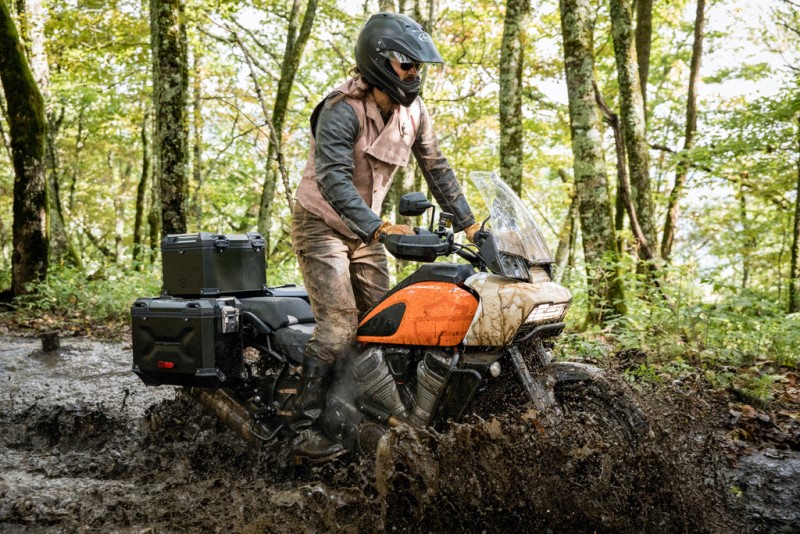 It could be the Pan America launch as well; or at least we are expecting most of the details of the production version to percolate out…

Harley Davidson has not really been in the green in the last few years. Taking a stock of the situation, the company went for a comprehensive REWIRE strategy. In order to refresh its stagnating product lineup, the American giant is planning to venture in new segments to cater to a wider, newer audience set.

This comes at a time when it is also wrapping up models or markets that are not very profit making. One of the upcoming segment Harley Davidson is moving into is the Adventure segment, with its Pan America that has already been unveiled in its concept form earlier.

The Pan America is a very non-Harley design and in fact, it is an absolutely different take on how ADVs can look.

Through a press note, Harley Davidson revealed that it will announce its new 2021 motorcycle lineup through an online event on 19 January. This event will also ‘preview’ the Pan America.

But the model will get its separate event when it will be globally revealed to the public on 22 February 2020. Harley says it will share Pan America’s complete details in this event. We are hopeful of knowing the markets in which Harley intends to sell it in, in the first phase.

The ADV has been ridden by American actor Jason Momoa who says that Pan America has ‘expanded his passion for Harley Davidson and created new opportunities to explore endless horizons beyond paved roads‘.