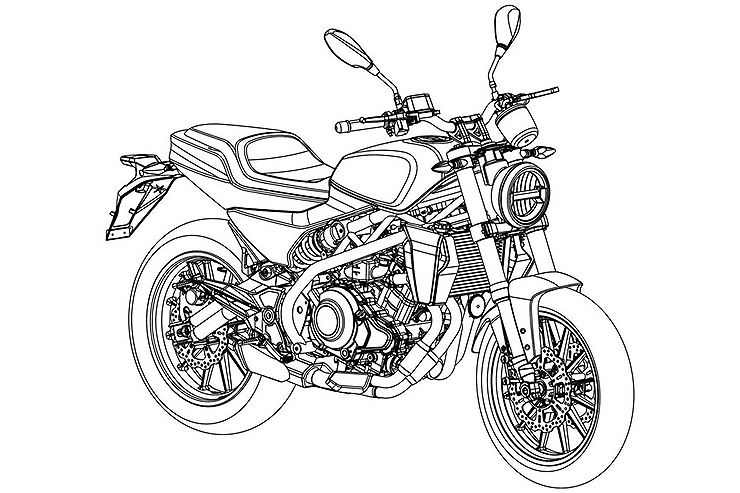 Just ahead of its official inveiling, Harley HD338R pics (design sketches) have been revealed by the Chinese intellectual property authorities…

In order to completely transform the company, Harley Davidson is taking some extreme steps – which include leaving non-profit markets and reducing product portfolio with popular models only. Another big strategy is venturing in segments it has never done so far.

As a part of the plan, Harley has partnered with China’s Qianjiang (which is the owner of Benelli brand) to manufacture one or more small capacity motorcycles for the Asian market. The idea is to rope in cost conscious, younger customers into the fold and let them experience the Harley world.

The first product – Harley 338R, is almost ready. After its first leaked pic emerged few days back, its design images have surfaced on the internet from all angles. There has been a lot of confusion on the exact engine capacity as there have been conflicting reports on it. However, it appears that the final name would be HD338R – which may signify its engine displacement.

It is known that the 338R is based on the Benelli 302S and it shares the engine architecture, frame, suspension etc with the naked.

Harley has chosen the roadster route for its smallest and though we are not accustomed to see such low capacity Harleys, this appears to be a fairly good attempt. How will Harley lovers react to it will be known once the motorcycle is out in the market. Chances are that the 338 will be officially unveiled soon.

Wait a Minute! Is it Really the END of Harley Davidson in India?