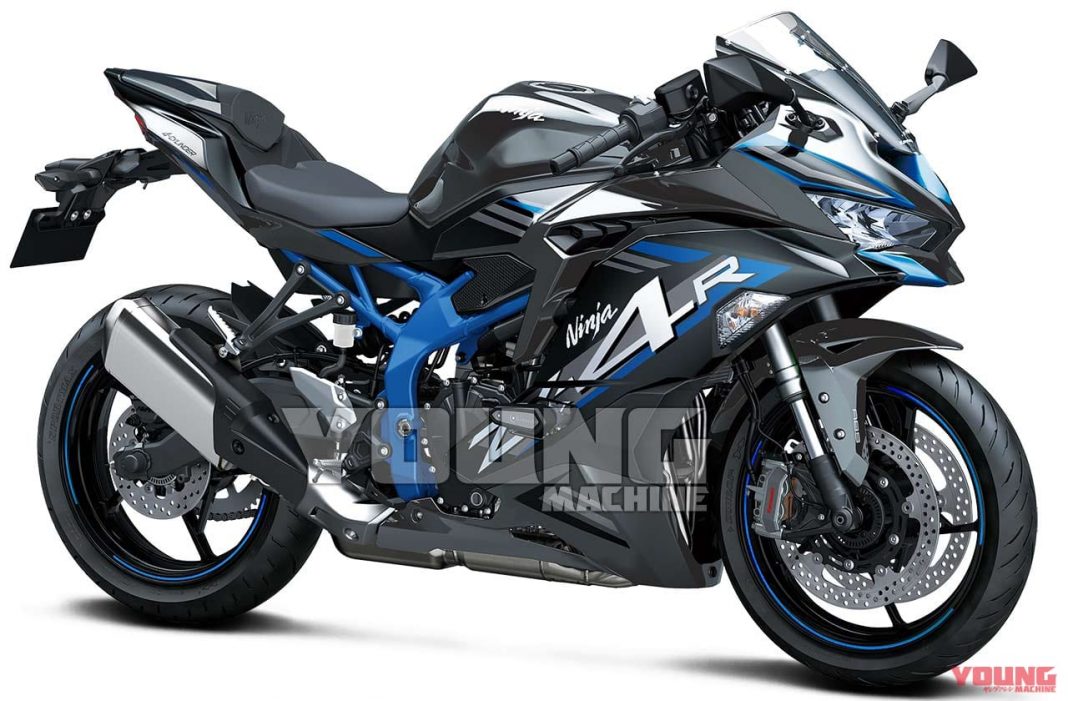 Four cylinder Kawasaki ZX4R could be a reality and be based on the ZX25R’s platform according to the same source that first leaked the ZX25R years ago!

It was way back in 2014 that Young Machine, a Japanese magazine, revealed that Kawasaki was working on a four cylinder 250cc motorcycle (check report here). After multiple speculations and spyshots that followed, a four cylinder model was eventually launched last year and was called ZX-25R, expanding the supersport ZX moniker further.

It has been received pretty well in the markets and Kawasaki now has three motorcycles in the ZX family under 1000cc – ZX10R, ZX6R and the ZX25R. And Young Machine has yet again sniffed something very interesting. It speculates that there is a possibility of yet another motorcycle that can be stuffed in between.

According to them, Kawasaki may be planning a ZX4R with a four cylinder near 400cc engine. It further says that if it is based on the 6R than it would be very costly. However, if it uses the ZX25R’s platform, it could be a more cost effective model for various parts of the world. It says that the 25R’s platform can be extended to accommodate a slightly bigger model. For instance, it says that there are provisions on the front alloy for a dual disc set-up (that can act as an anchorage on the bigger 4R). See the following pic…

How Many 100-250cc Motocross Bikes Did Kawasaki Sell Last Year?

The ZX25R produces 51PS of peak power from its quarter liter motor. The 400, with a displacement advantage of around 150cc, can churn around 65-70 PS and be a remarkable machine for people who want the fun of a four cylinder supersport machine but do not want to go overboard with screaming power (the ZX6R, for reference, churns over 130 PS).

These are just the initial murmurs for now but if such a machine is indeed under works and if it is based on the ZX25R, it will not take years for launch. We may start hearing concrete bits on it, from this or next year onwards, probably!