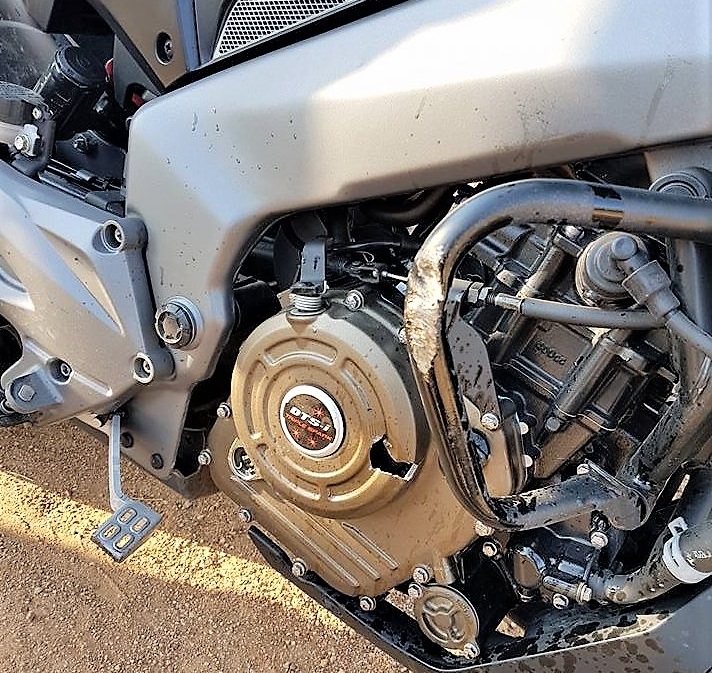 The latest rage among the mid-capacity reasonably powerful motorcycles is the resoundingly-well priced Bajaj’s Dominar 400. Deliveries are in full swing across the twenty two cities it was initially intended to go and Omer Bin Abdullah, the guy who reported fuel efficiency of Dominar 400, has shared a few pics of the motorcycle which met with an unfortunate accident.

According to Omer, he crashed into a lady and a divider when he was doing around 80-85 kmph. It happened all of a sudden and he did not get any chance to apply brakes (so the question of “did ABS work” etc does not arise). The impact was absorbed by the lady and the divider but the best news is that both Omer and the lady did not have any major injuries, apart from some bruises and scratches. 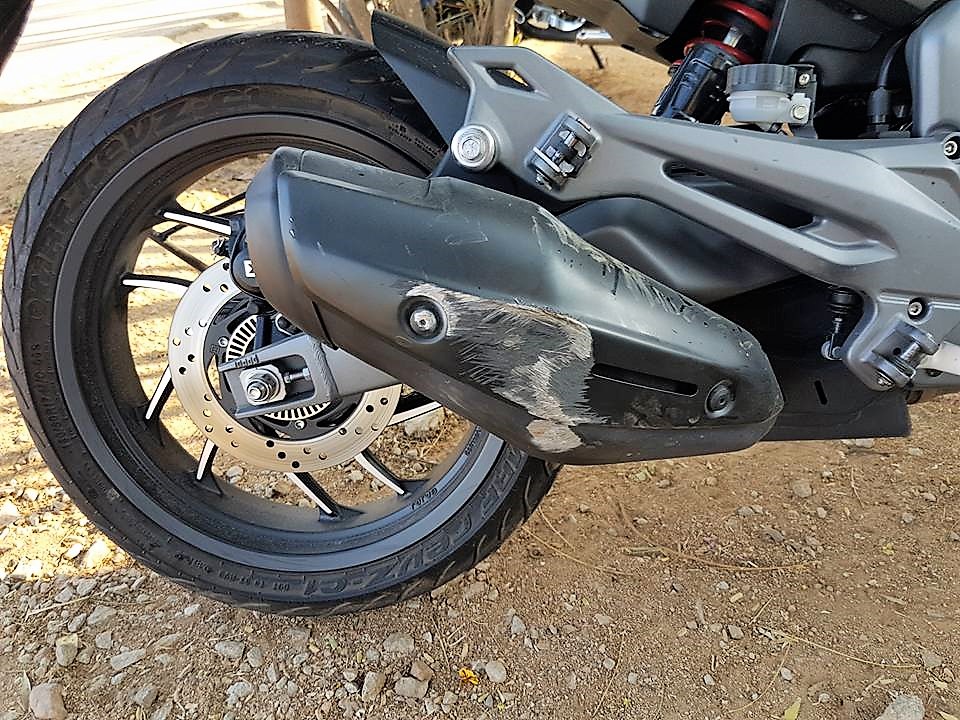 As with the Dominar, the motorcycle appears to have taken the hit fairly well (if you consider the speed of collision). Apart from the regular scratches on various body parts (of the motorcycle) and that missing foot peg, the only concern is the hole in the crankcase cover, which Omer says may have been caused because it may have hit the edge of the divider. 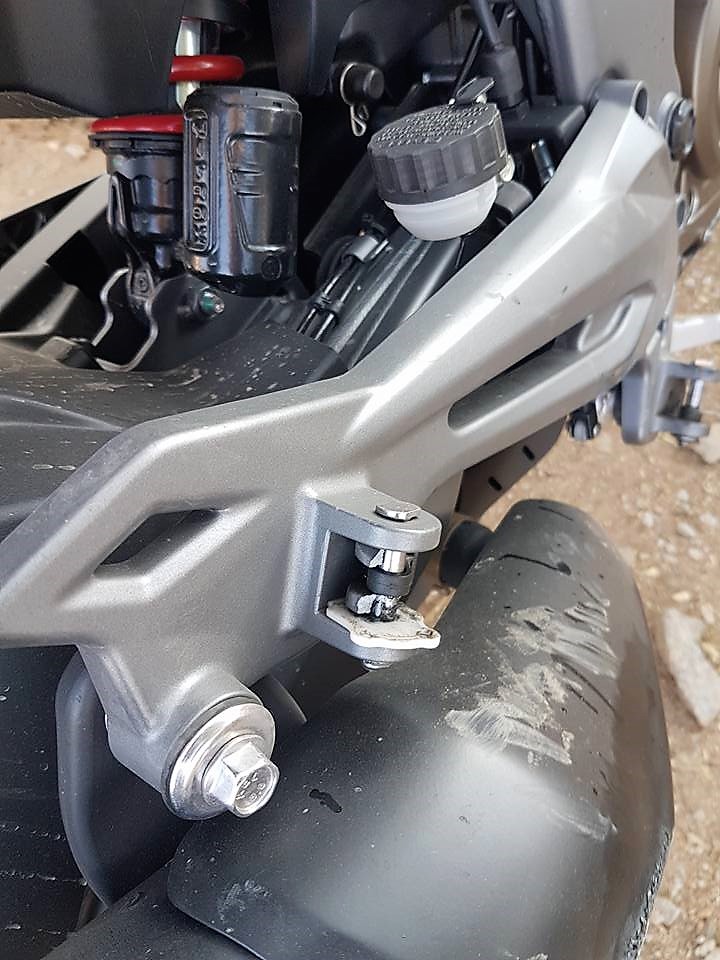 Being a responsible rider, Omer was wearing a helmet (though we urge him to buy a better quality next time), which has definitely helped him save his head against those scratches (on the helmet). While we are at this – we urge you to ALWAYS wear a helmet because accidents do not announce their arrival, they just happen and the better prepared you are, better are your chances of survival! 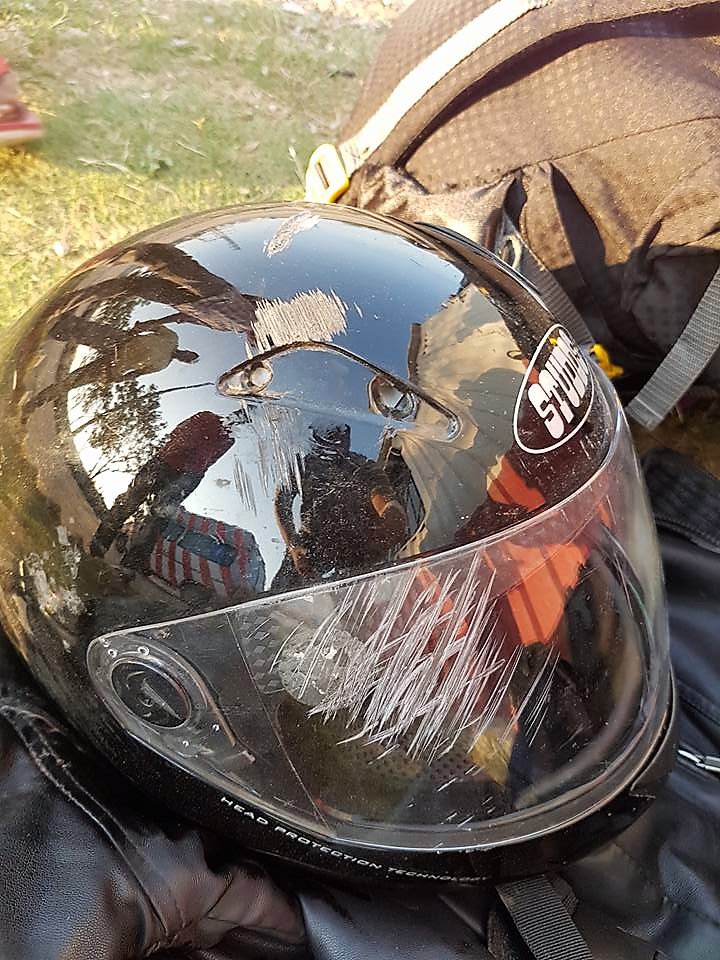 On this note, we wish a speedy recovery to both Omer and the lady and hope we all take lessons from these crashes – ride safe and with a helmet on!