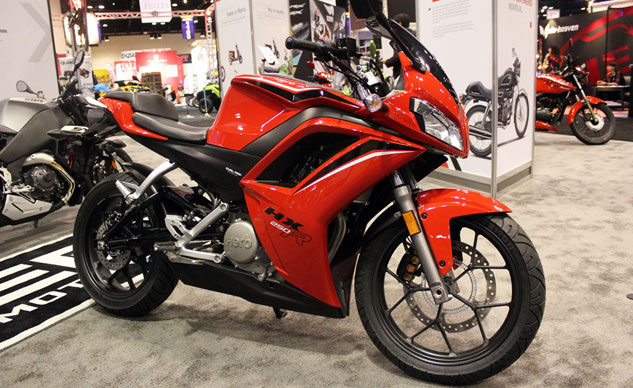 Motorcycle.com recently reported that Erik Buell Racing had also displayed the Hero HX250R at the AIMExpo in America along with its expensive high-performance machines! This is a build-up to our last story where we reported that Hero has registered patents for their bikes in USA and a word is expected at the AIMExpo. It’s said that HX250R will be imported by EBR into USA once production starts in India. So yes, like the KTMs, it would be the HX250R next for which the Americans will be paying a lot more than us; feels nice, no? 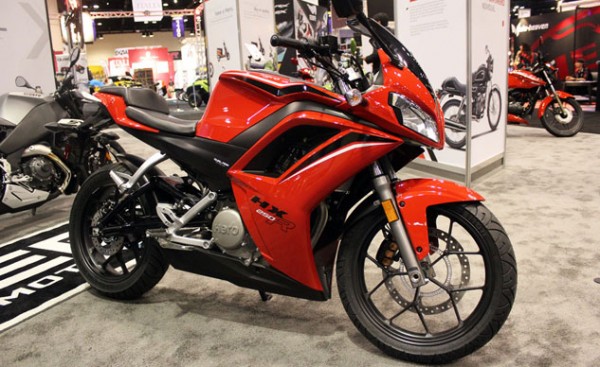 Anyway, motorcycle.com also informs its readers about the HX’s engine having “a highly oversquare bore/stroke ratio that mimics a MotoGP bike’s engine’s”. An 81.0 mm bore (max allowed in MotoGP) and a 48.5 mm stroke contrasts highly with both the CBR 250 and CBR 300 motors, which carry 76 mm x 55 mm, and 76 mm x 63 mm, respectively. 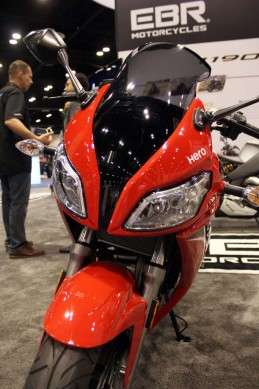 What that means, ladies and gentlemen, is that the HX250R will be unlike any motorcycle to have come out of Hero MotoCorp’s stable yet! A quick-revving motor in that great-looking bodywork might just be the best combo to come in this segment in India yet. If the Duke 390 is too wild for you to handle but the CBR 250R just too…well..civil, the HX250R seems like just the bike that would hit the sweet spot! 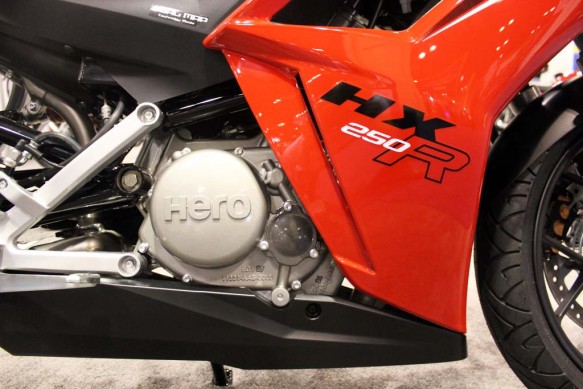 Though the specifications of this motorcycle would have been embedded in your minds by now, but we would again lay the most important ones for you: the liquid-cooled 250cc single produces 31PS of peak power (a lot more than the CBR 250R) and 26 Nm torque (again substantially more than the Honda!) and the bike would feature ABS as an option. The bike should retail for around INR 1.5-1.6 ex-showroom in Delhi for the non-ABS model while with ABS the HX250R should still be under INR 1.9 lakh on-road. 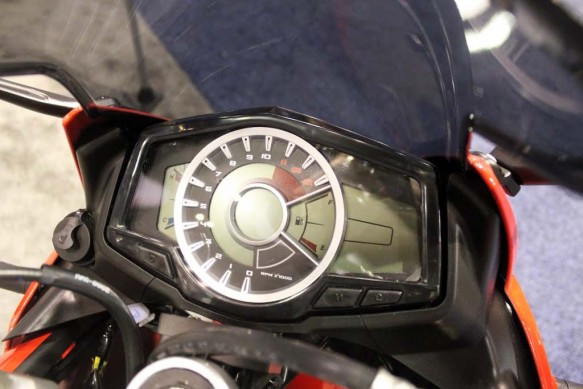 We are still unsure about its launch date here in India as one of our close source confirmed that the bike will only be ready by next year. However, recent rumors about its possible launch by November-December 2014 have kept everyone at the edge of their seats. But as we have maintained till now, we still expect the launch sometime next year…