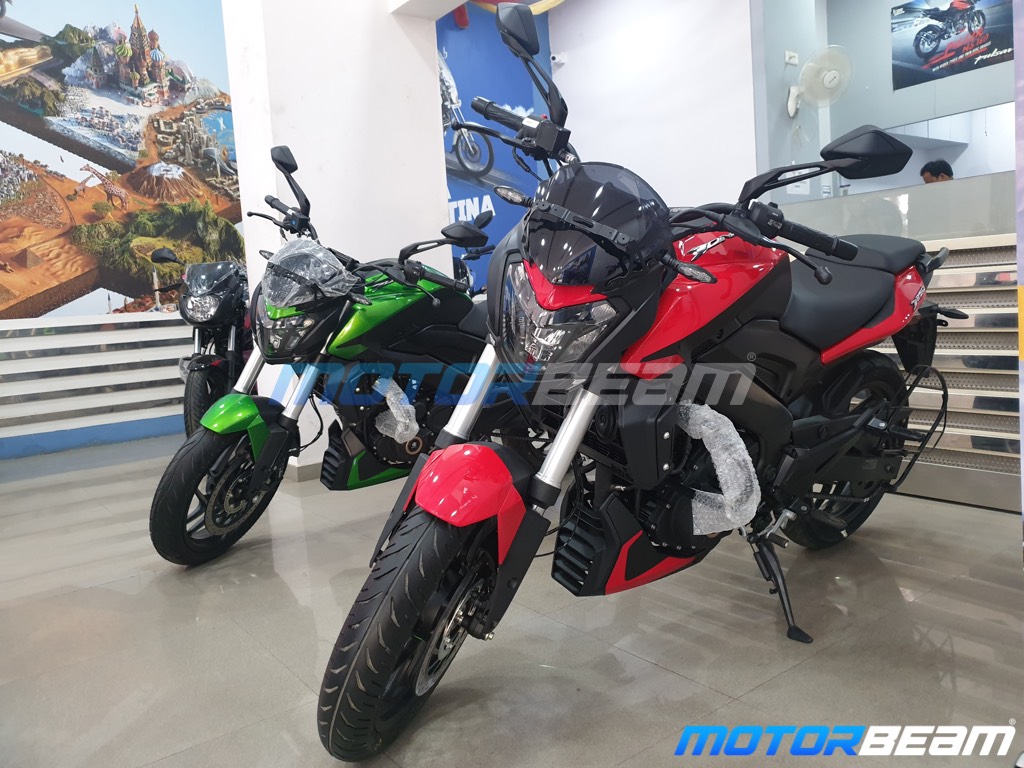 Dominar 250 has started reaching dealerships and an official launch announcement is just a matter of few days. Bajaj is conducting its media ride on the 20th March in Pune which is when we will come to know about it in detail. However, much ahead of the official reveal, its specs have been speculatively leaked by an online portal.

According to Motorbeam, the Dominar 250 will produce 27 PS of peak power and 23.5 Nm of max torque from that KTM-sourced 248.8 cc, liquid cooled engine which will have a double overhead camshaft (DOHC) from day one (Dominar 400 got it in 2019 – two years after its debut). On the 250 Duke and the quarter liter Huskys, this motor churns 30 PS of power and 24 Nm of torque – which means that, if these revealed numbers are true, Dominar 250 will have a deficit of 3 PS and 0.5 Nm.

Apart from the engine, it will differ from the Dominar 400 in its new red shade which the India-spec 400 hasn’t got till date. The 250 will also sport thinner 100 mm front and 130 mm rear tyres, smaller 300 mm front disc brake, basic swingarm and different alloy wheels. We have analyzed Dominar 250s expected price tag here.