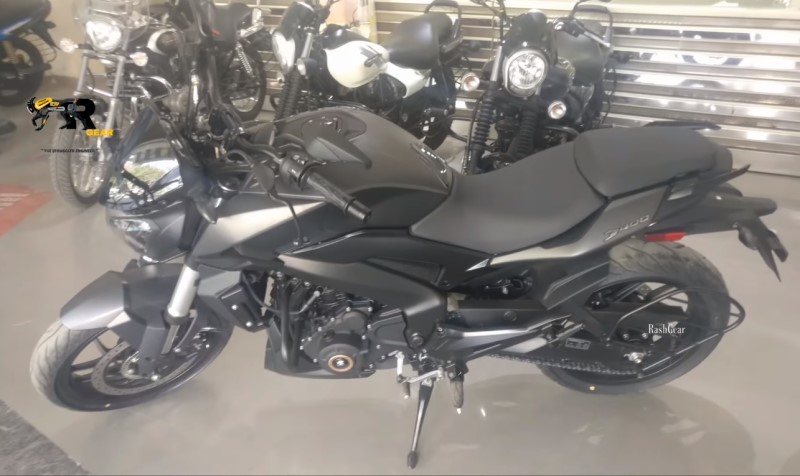 Bajaj has updated its flagship motorcycle Dominar 400 in India. It hasn’t made any official announcement about it yet but dispatches to dealerships have commenced. This can be ascertained by a video that has surfaced online.

The video features a matte black Dominar with a clear ‘BS6’ sticker at the rear number plate housing. There are no visible changes and the motorcycle continues to sport the same styling, decals and other kit.

This makes us believe that Bajaj has only altered with the internals of the engine and exhaust system to update it to stricter Bharat Stage 6 compliance. There are no figures yet but for reference, the BS4 Dominar churns 40 PS of peak power at 8640 rpm and 35 Nm of max torque at 7000 rpm. Considering that this same engine hasn’t seen any drop in numbers on the KTM 390s, the Dominar BS6 is also expected to continue with the same specs.

Bajaj is selling the new Dominar in only two shades of Aurora Green and Vine Black. The black is going forward as can be seen in this video and so will the green, as we believe. There may be new additions to the palette and the likely contender is the red colour which is already made but exported to other countries.

According to unconfirmed reports, price hike on the new Dominar BS6 is just Rs 2000 over its current tag of Rs 1.90 Lakh. This may be true because the motorcycle got massive hikes recently.

Another important update brewing up on the Dominar brand is the new smaller quarter liter version that has even been spotted testing on the roads. You can check its spy pics and details here.