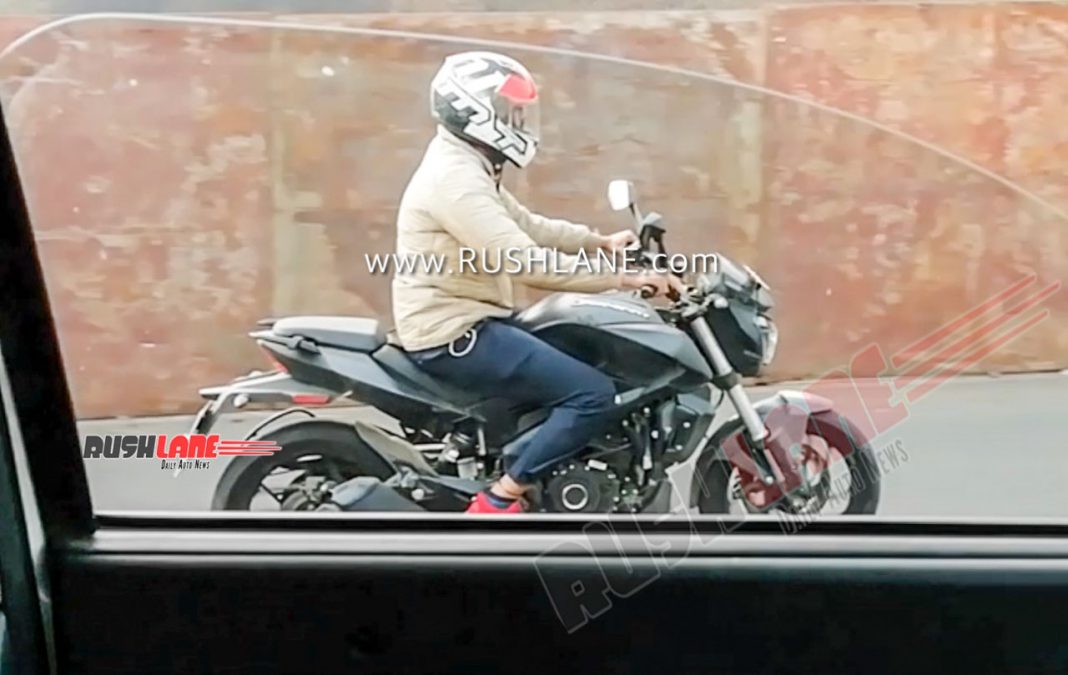 Dominar 250 launch after April as confirmed by a top Bajaj official. We discuss more about the latest revelation…

Very recently, new spy pics of a Dominar test mule surfaced from somewhere in Pune. We passed on considering them as regular spy pics of the impending Dominar 400 with Bharat Stage VI engine, under tests. However, many of our readers reported that this motorcycle carries differences and it could be the Dominar 200!

We analysed the pics and indeed this test mule is running with fairly confusing changes. We listed some pointers and came up with the possibility of this being the Dominar 250 (and NOT the Dominar 200). Here is our story. Following are a few pointers that support our observations…

Engine Area – The engine area (the crankcase design, the reinforcements, engine oil cap, etc) are NOT similar to the Pulsar NS200 (or the 200 Duke). In fact, it appears similar to the current Dominar 400 from the limited view we have.

However, we must consider that KTM’s 250cc engine (which powers the 250 Duke) is derived from that 373cc motor (the Dominar 400 is powered with) and that engine area (including the reinforcements etc) also look similar. So, a Dominar with cost-cut parts (smaller brakes, thinner tyres, narrowe swingarm etc) and with an engine NOT similar to the 200cc, has all the chances of being that quarter liter sports cruiser!

Power – Dominar weighs a lot – 184 kg to be precise! Looking at the spy pics, it is a given that Bajaj will carry over most of the parts from the 400 and despite the part differentiation, this new Dominar is expected to weigh a lot (may be around the ballpark of 178-180 kg). This will need as powerful an engine as possible under that 373cc stonker. Hence, the 250cc Duke’s motor looks a more probable candidate which will be better at offering the ‘sports/power cruiser’ experience the sub-brand promises to offer – 28-29 bhp of the 250cc motor against 23-23 bhp of the 200cc engine (numbers considered after expected detuning for a Bajaj).

Official Confirmation from Bajaj – Recently, Rakesh Sharma, Executive Director, Bajaj Auto, revealed that they will launch a ‘new’ Dominar post April 2020! So, this appears to be your new Dom! (Read the statement here).