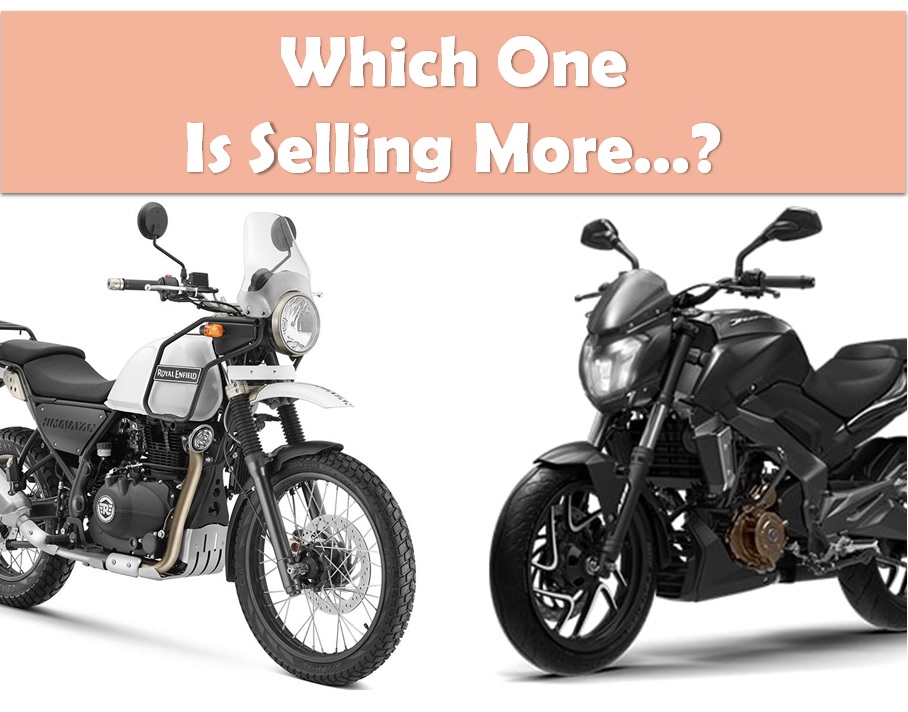 Himalayan vs Dominar – If you have a decided winner in your mind, be ready to get surprised because sales are as close as it can get…

Well, there is no direct competition between these two motorcycles but both of them are aspirational, long distance bikes which are well priced for the vast majority of bikers. While Himalayan is India’s most affordable fairly powerful adventure tourer, Dominar, on the other hand, is a sports cruiser which offers the maximum bhp for your money. So, between these two similarly priced motorcycles which one is selling more?

In 2018, it was Dominar with cumulative (April to October 2018) sales of 8098 units which managed to outsell the Himalayan which registered 6616 buyers during the same period.

Flip up to this year’s numbers, in the first seven months of this financial year, Dominar has notched up 9202 unit sales, an increase of about 14 percent.

During this period, however, Himalayan rose by 2760 units or almost 42 percent to register total sales of 9376 units, ousting Bajaj’s biggest by 174 units.

So, Himalayan has managed to turn the tables in the domestic market but what is its standing in the export markets? Let us quickly take a look at their export numbers…

In 2018, Royal Enfield exported 4137 units of Himalayan in this April to October period with Dominar significantly bettering with total exports of 9172 units – more than double the numbers.

Things have changed this year with the Dominar falling to 6528 units in this 7-month period – a drop of 29 percent! Himalayan, on the other hand, has risen to 31 percent to 5428 units. Though the gap has narrowed but Dominar still leads by over 1000 units.

In the overall sales, Dominar is slightly ahead of the Himalayan but will we see a turnaround by the time this year ends?