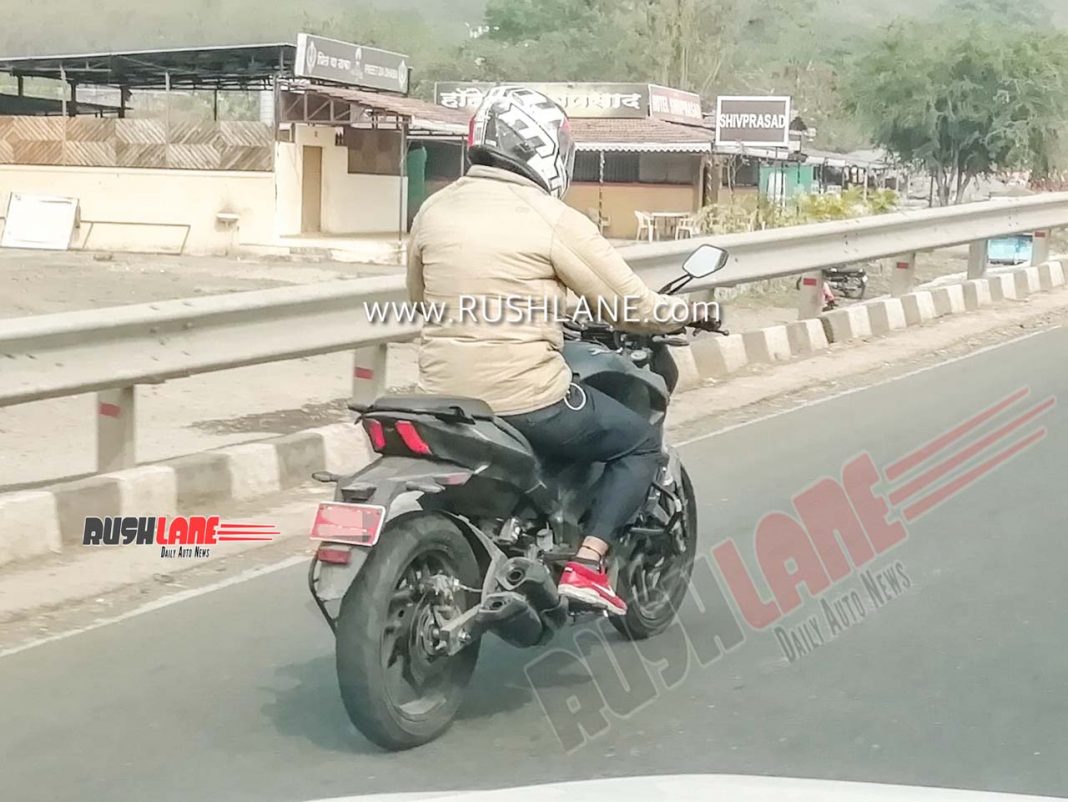 Hold on! Is Bajaj developing a Dominar 250? We discuss the differences the recent Dominar test mule sports against the current 400.

We carried a piece yesterday of a Dominar under tests and at this time when makers are hurrying up on their BS6 models, it appeared to be a simple Dominar 400 with the updated BS6 engine.

However, our readers brought to our notice that there is something not quite right with the test bike. They claimed that it is the Dominar 200. We started analysing the spy pics we have and came up with the following observations..

These two pointers suggest similarity with the Pulsar NS200 – yes, this Dominar mule could be running on Pulsar’s parts.

Engine Area – The displacement of the engine can not be ascertained by just looking at the pics of the engine. However, the crankcase cover, the reinforcements etc suggest that this is just not the 200cc engine from the Pulsar NS200 (or 200 Duke). It appears to be similar in design as the current Dominar 400.

Lower-spec Dominar 400 does not make a lot of business sense as downgrading a motorcycle which was recently upgraded will not be sensible. Running two parallels also does not look probable. So, higher chances are that this mule could be the Dominar 250.

You can read four pointers that, kind of, put some weight on our belief (of this being the Dom 250)!