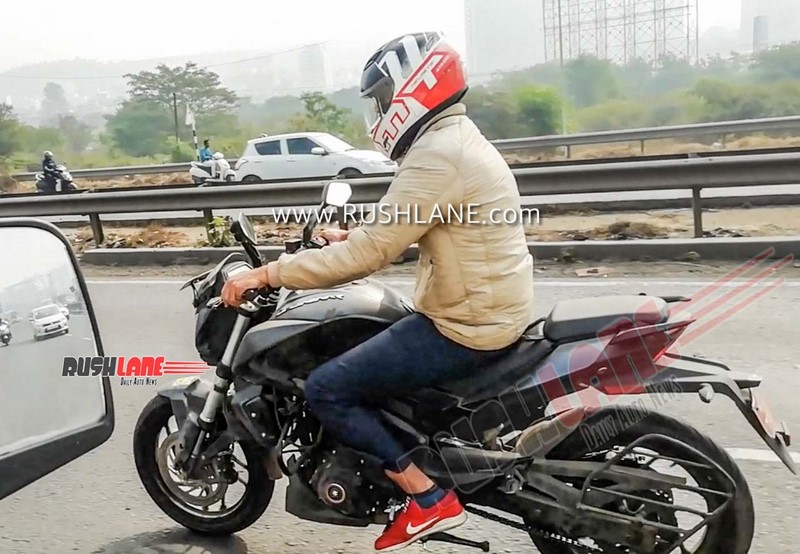 Dominar BS6 launch expected in the coming few weeks. Don’t expect exhaustive changes – this could be a simple compliance this time..

Update – Few readers brought it to our notice the changes this test mule is running with. We analysed and this indeed looks different. Here are two updated stories on this..

Dominar 400 is Bajaj’s biggest-yet motorcycle. It carries heavy inspiration from the KTM’s 390 platform which spawns popular motorcycles like the 390 Duke and the RC390. However, Bajaj has used a different application – a sports cruiser – for differentiation.

Dominar 400 started its life at a shocking price tag of Rs 1.36 Lakh ex-showroom but for some very weird reason, the motorcycle could not garner ample amount of sales – far from what the maker had originally planned. Taking stock of the situation, Bajaj tried to shed the motorcycle’s image of extremely cost-effective sports cruiser to a slightly premium offering last year when it launched the 2019 version.

The new model is not even a year old (was launched in April 2019) and Bajaj is on the roads testing a new version – but this time it has been necessitated because of the impending BS6 emission norms which come into force from 1st April 2020.

Let us wait and see if there would be any detuning that the engine may have to go through during this transition. It must be noted that the KTM’s 373cc engine on the upcoming 390 Adventure has managed to hold onto its impressive numbers even in BS6 guise.

We expect Bajaj to launch this new Dominar 400 in the coming few weeks, with some new features and additional colour choices.