The first one of them will be Apache SS 310R which is nothing but the production version of Akula concept showcased at the Auto Expo 2016. Apache 310 will be the first full-faired motorcycle from TVS and according to the spy pics that have surfaced so far, it will be more committed than the Pulsar RS200. 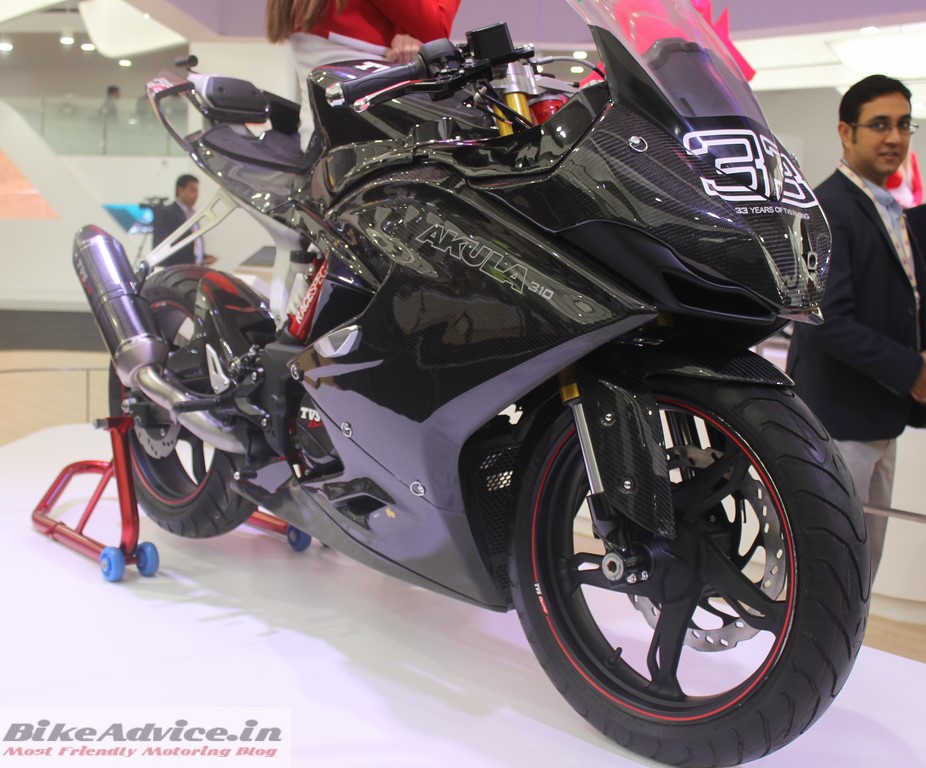 At its unveiling last year, TVS officially announced that (production) Akula will be launched in ‘early 2017′. Since we are past this timeline, we connected with TVS for an update on this and are told that teams are preparing the motorcycle – TVS’ biggest (for commercial use) so far, for a mid-2017 showdown. Which means we are looking at a time period of June-July 2017. So the wait is only for the next 3 odd months.

Update: A new report at ET Auto cites Arun Siddharth, Vice President Marketing (Motorcycles), TVS, who says that they will be showing the bike soon. He adds that despite being based on the same platform (with BMW), both the bikes (G310R & Apache 310) will cater to different audience. The report goes onto confirm that TVS is planning for a July (or August) 2017 launch of Apache 310.

Check undisguised spy pics of Apache 310
Apache 310’s launch within the coming few months will be followed by its cousin – BMW’s G310 R, which has also been delayed from the official promises. The third motorcycle – adventure G310 GS based on the same platform (it was an H2 2017 launch candidate earlier) will follow, but only next year according to what we understand. This is how the 313cc motorcycles will be scattered… 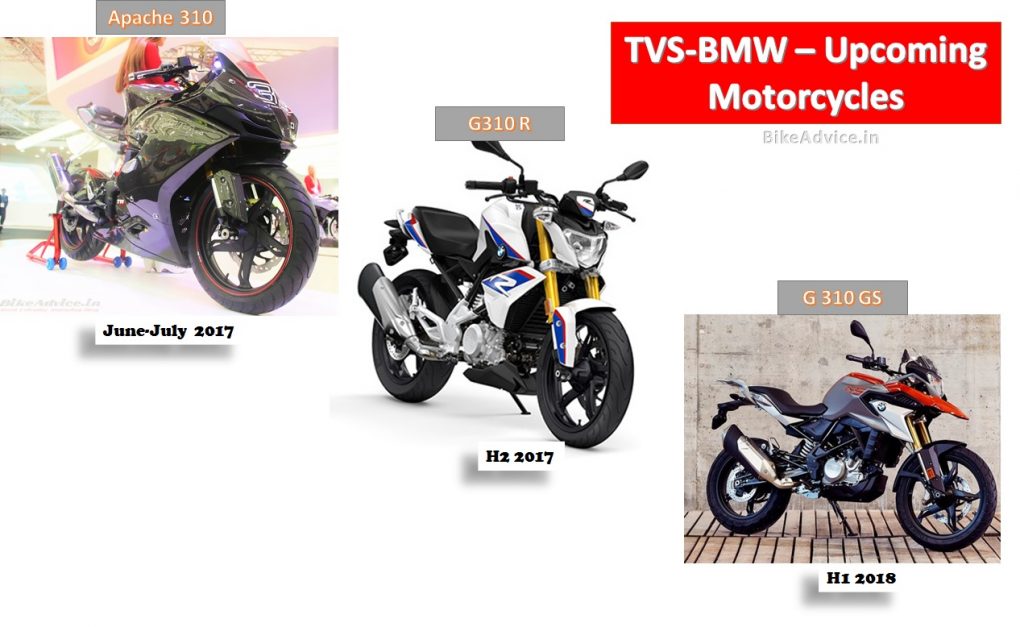 To face the onslaught, Bajaj has also announced new Dominar-like motorcycle(s), KTM’s Adventure 390 for India. It will be an interesting battle between the two (x two) motorcycle giants. Then…. which one will you wait for…?