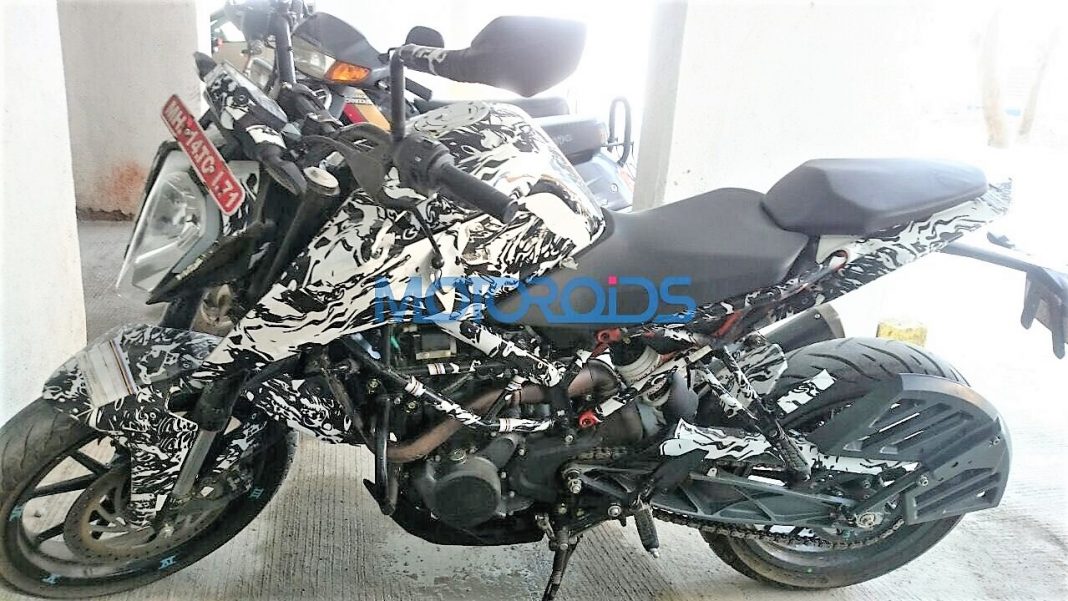 A recent rumour started by portal Bikewale claimed that KTM will not launch the new 2017 Duke 200 in India. They said that instead, the company will just add some new graphics (and colours) on the current model and market it as the 2017 Duke 200 (for India). We were sceptical and you can read that report here. And in all probability, that rumour can be put to rest with this latest spotting of the 2017 Duke by Motoroids. 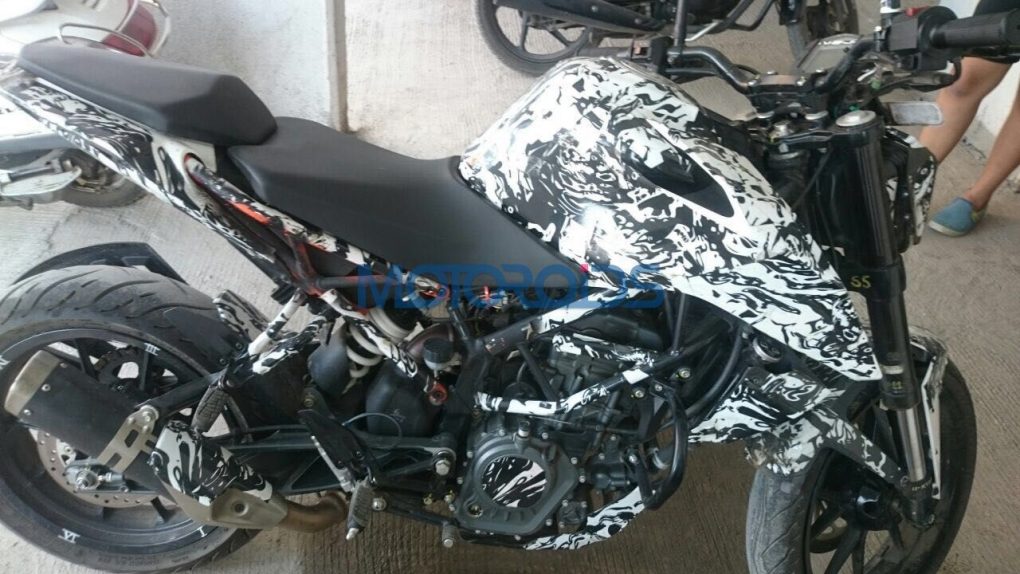 We compared this test mule with all the three – 2017 Duke 390, Duke 200 and Duke 250 and a lot of things confirm that this is the 200cc motorcycle on test. It sports non-split headlamps, regular LCD instrumentation and MRF tyres – clearing that it can not be the 390. It was difficult to strike out the 250 because of the similarities. Heck, even the frame colouring is similar in both these motorcycles – front portion (ie the main frame) is black and the sub-frame is orange. 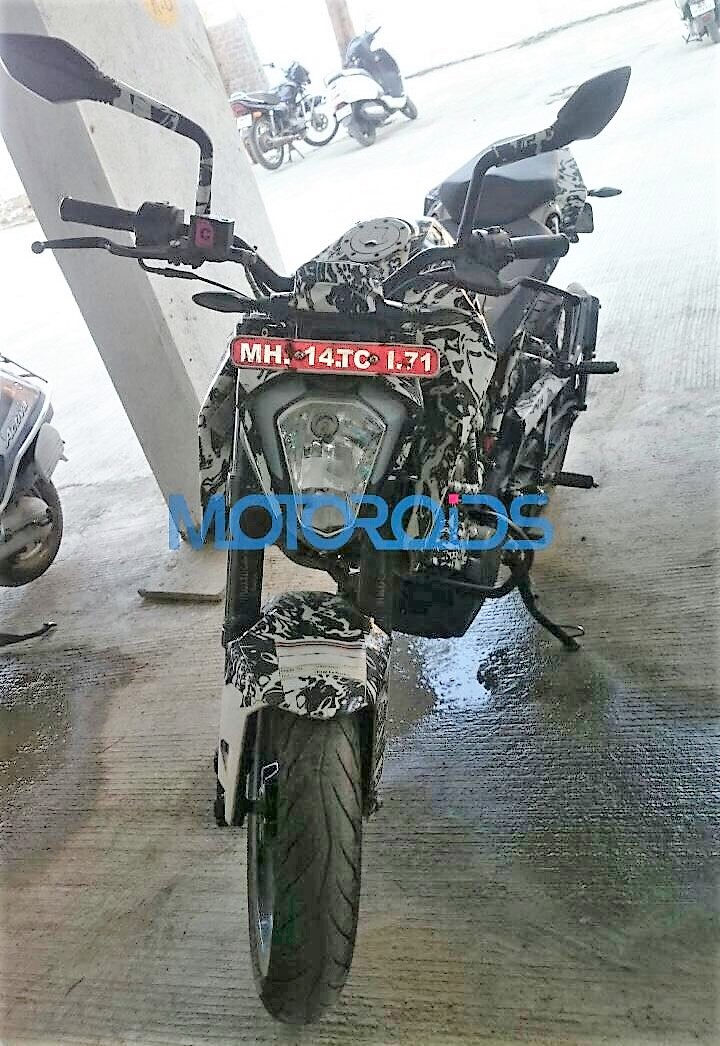 However, the crankcase design gives it away that this is indeed the smaller brethren of the trio. So what does it confirm (almost)? That India will, on 23rd Feb, along with the 2017 Duke 390, get this new-gen Duke 200 which is similar to the international version. It will not just be a graphic-added current Duke 200! 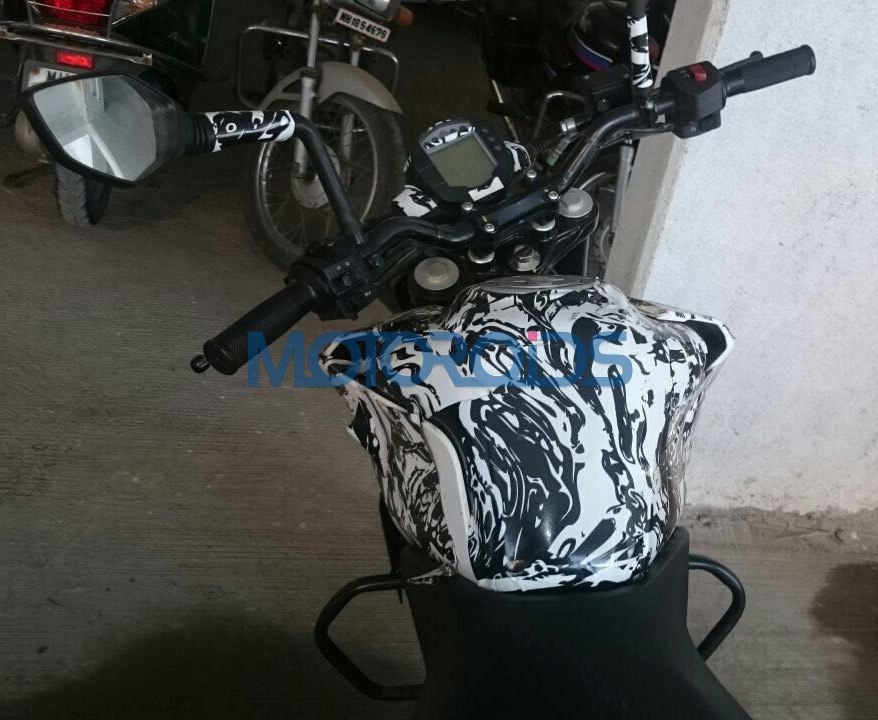 Unconfirmed reports predict that the new Duke 200’s 199.5 cc mill may produce 26 PS of peak power (1 PS more than the current model) while the maximum torque will remain unchanged. There are also words that the new engine is more fuel efficient. What is certain is that it will be BS4 compliant.

With this, we also put a question mark on the other rumour that is making waves – KTM will launch another motorcycle between the 200 and 390 on the same day!