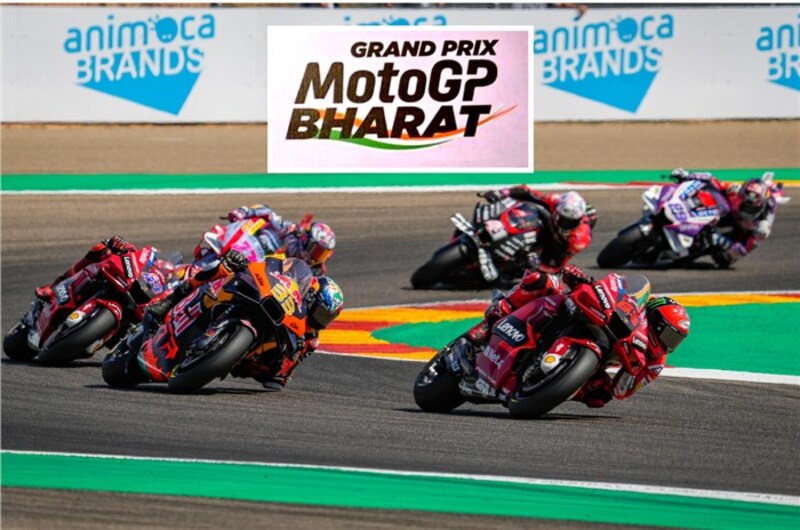 The dream of every Indian MotoGP fan has finally come to fruition – with official confirmation coming in that Dorna Sports (commercial rights holder of everything MotoGP) and Noida-based Fairstreet Sports have signed a Memorandum of Understanding (MoU) stating that India will host one MotoGP weekend every year for next 7 years, i.e till 2029.

Signed in the presence of Mr. Carmelo Ezpeleta (CEO, Dorna Sports) – India has become a permanent destination for one of the MotoGP weekends for the next 7 years. It is yet to be decided in which month will India get the slot to host the pinnacle of motorcycle racing.

The MotoGP weekend will be hosted on India’s premium racing track – Buddh International Circuit (BIC) – situated in Greater Noida, Uttar Pradesh. Even though no information regarding the slot of the year India will get to host the racing weekend, yet, the organisers are targeting a slot on the 2023 calendar.

Speaking at the event of the signing of the MoU, Mr. Carmelo Ezpeleta himself stated that it was a ‘no-brainer’ that MotoGP will come to India, as India is one of the biggest two-wheeler markets in the world.

“India is a huge country and market, and an especially important one for the two-wheeled industry and MotoGP as a sport. The Championship has a huge fan base there and being able to hold a MotoGP event in India would be both an incredible spectacle for our fans at the same time as allowing us to continue to grow the sport in the region, which is hugely important for all our partners and the manufacturers in particular given the hundreds of millions of two-wheeled vehicles on its roads. We would love to be able to see this project through and bring these incredible MotoGP bikes to race in front of the Indian fans.”

The 2023 Calendar for the MotoGP Championship is still to be finalised, and the Indian organisers are targeting a slot in the 2023 Season. A very ambitious and exciting target by India as the MotoGP spectacle could be played out in India as early as next year, if this target is matched.

Yet, realistically, it is a tall task in front of the U.P. government & event Organisers, Fairstreet Sports, as the MotoGP follows a strict set of rules & regulations set by the FIM (Federation Internationale de Motocyclisme) – total authority of technical rules & directives for all forms of motorcycle racing.

The Buddh International Circuit in Greater Noida is a world-class circuit, which was primarily designed for the Formula 1 (F1) championship. It managed F1 races between 2011 & 2013, but due to numerous red tape and misunderstandings with the FIA, the event was dropped from the calendar.

For the MotoGP championship, the Buddh International Circuit has to be overhauled (homologated) to fit the FIM rules & standards to make the venue suitable for the high-action & adrenalin pumping MotoGP event – which will see races in MotoE, Moto3, Moto2 & MotoGP category.

Suit up, boys… Our racing heroes are on their way here…