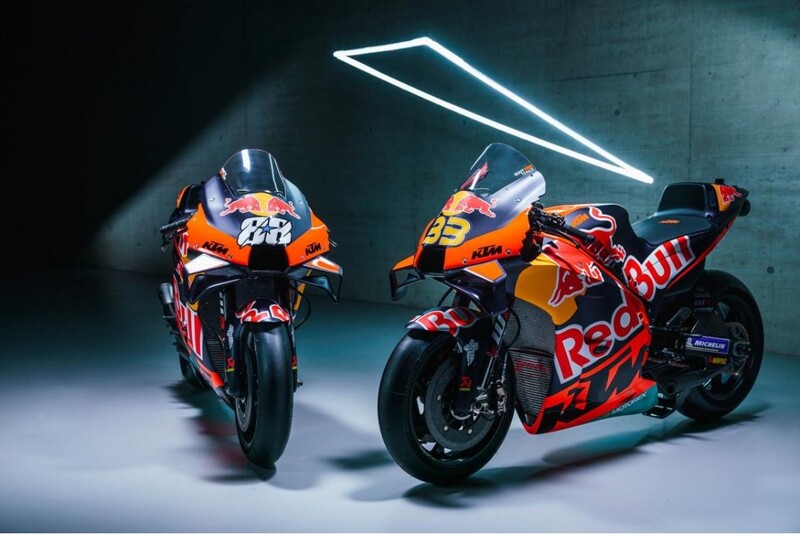 KTM RC 390 & RC 200 bearing factory colours will soon be a reality in India.. Expect the launch in October…

So, Suddenly it appears that it is all about MotoGP in India.

First, there is an official announcement regarding the ‘BharatGP’ MotoGP racing weekend tomorrow, which will happen probably next year, officially announced by Mr. Carmelo Ezpeleta who is the CEO of the complete rights holder of MotoGP – Dorna Motorsports.

Now there are strong rumours that say that KTM might be launching something MotoGP related very soon.

According to some dealer sources related to KTM, the Austrian manufacturer will be the 3rd manufacturer having MotoGP pedigree to launch their bikes donning the MotoGP factory colours.

Honda was the first such manufacturer to bring their ‘Repsol Edition’ orange livery to the Honda Unicorn & Honda CBR250R bikes which were offered in limited numbers in India. Then came Suzuki India which brought their ‘Suzuki Ecstar’ factory colours on the Suzuki Gixxer SF 250, which are still on offer at Suzuki dealerships. With Suzuki leaving the MotoGP paddock next year, the bikes bearing their Ecstar livery will soon become collectable items for the die-hard fans of the MotoGP championship.

The Red Bull Racing factory livery of KTM consists of their iconic deep orange littered with new Galvano Blue which has also made its way onto numerous road-going machines in recent months. The livery bears the ‘Red Bull’ name in bold Red colour with KTM right below it in Black. Will the indian-spec supersport bear the racing number of KTM riders looks highly unlikely, but we will wait to make that confirmation.

The die-hard fans of KTM supersport and MotoGP racing will not have to wait longer for these new machines. It is expected that KTM India will be launching the KTM Factory Colours donning RC 390 & RC 200 in October 2022, right in the peak of the festive season of India.

One more thing, alongside the new KTM-Red Bull factory livery, there is a strong rumour that the 2022 KTM RC 390 might get an additional colour option added to the offering. This will take the total colour offerings to three in India.

It is time to check our bank balances and our credit scores… Or start being a good kid in front of our parents to convince them to buy us one, boys!!…. Hurry…