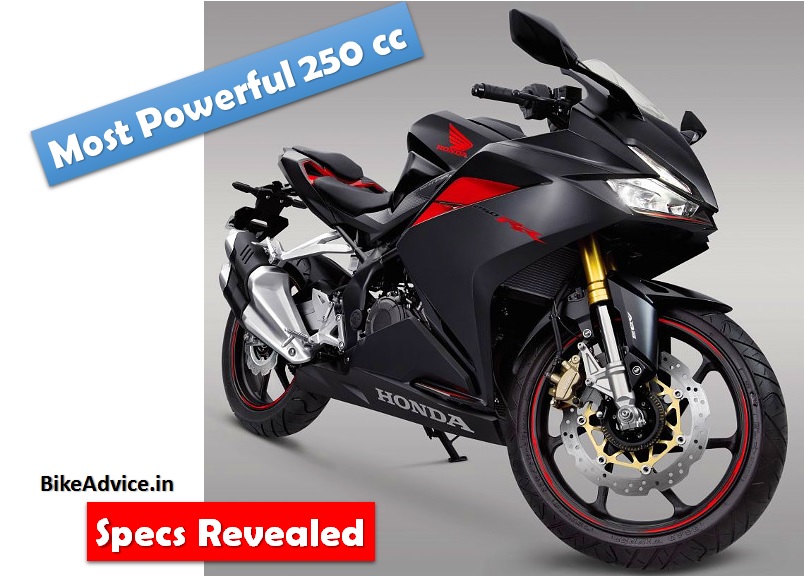 The last few years have really been interesting for the quarter litre motorcycle segment in the world. KTM marked its entry with the Duke 250/RC250, Yamaha brought in the R25 and now Honda has the CBR 250RR. And very recently Suzuki also unveiled their quarter litre offensive. We will talk about the GSX-250R sometime later, for now let us list the specs of possibly the most interesting motorcycle in this segment – CBR250RR which were kept a secret by Honda till now. Update: Now revealed. Article updated with official figures.

The ground clearance is low at 145 mm whereas the seat height is very manageable at 790 mm. The fuel tank can store 14.5 litre of petrol and the kerb weight of the non-ABS version is 165 kg while the ABS version is 3 kg heavier. It has a claimed top speed of about 169 km/h. Under test by an Indonesian portal, the motorcycle achieved 179 km/h on the speedo with the rider claiming – “it had juice for some more“. Read top speed in each gear here.

Standalone, this will not give you an idea of how does it stack up against its direct and indirect competition and so, let us talk about just that…

The most powerful single cylinder 250 cc KTM RC250 churns out lesser power of 31.3 PS but it has an impressive torque of 24 Nm which makes it the torquiest of the lot. Further, its super light weight of 139 kg (for the naked and 147 for the faired) provides it terrific power to weight ratio! 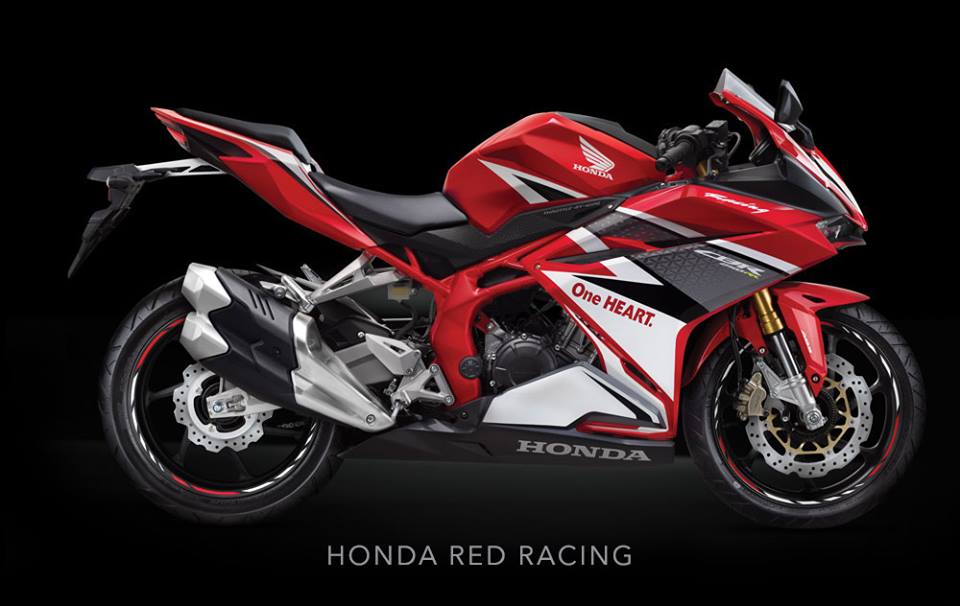 Moving to the twin-cylinder quarter liters – the closest competitor Yamaha R25 weighs 166 kg and churns out 36 PS of power (peak power comes in earlier in the rev range) and 22.6 Nm of torque. As you can see, the CBR250RR has set new standards for everyone else to catch upto! It will be a nice showdown between the two fierce Japanese rivals!

Ninja 250, which was once sold in India (and is now retailed in a few South East Asian nations and Japan) is a tad bit behind, on paper. Along with 33 PS of maximum power, it produces 22 Nm of peak torque and at a weight of 172 kg it is the heaviest among this list of four.

The following quick table will give you a better view of how do they match up..

So, here we are – Honda has played a master-stroke with the magnanimous looker CBR 250RR but alas it is not destined for our market at least in the near future. Even if Honda India sits down and starts considering it for our market, looking at the stretch they have given the CBR250R in India (by keeping us deprived of the newer international updates), rest assured it (the RR) will be ridden by our grand children….okay…immediate children…..  😉

Still, let us consider a hypothetical situation that we have all these motorcycles for sale here. If you are given 3.5 Lakhs, which one will you choose?