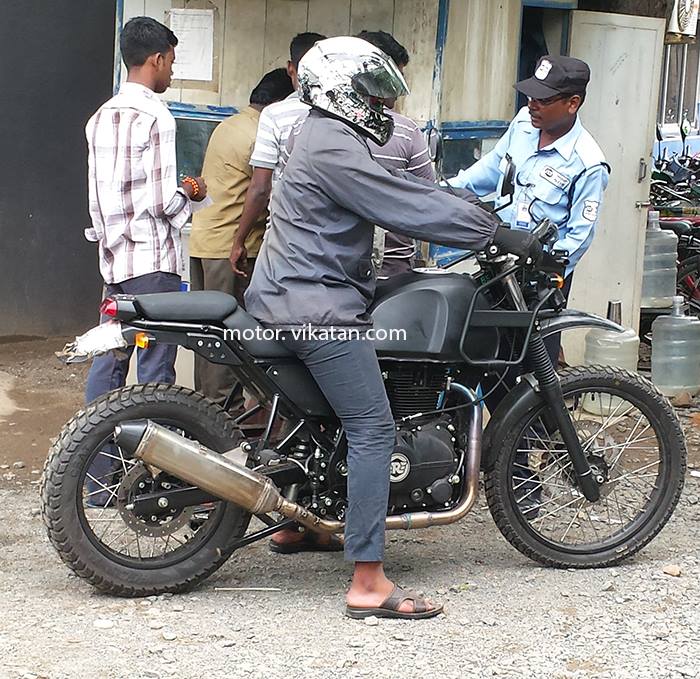 Update 27 Aug: Another spyshot of the Himalayan has surfaced (credit Motor Vikatan) which features the very impressive looking adventure tourer ridden by a chappal-clad tester. But look closely and you will see that bits and pieces are falling into place and the motorcycle, with each passing day, is becoming ‘more’ complete.

We just have one request to Royal Enfield – offer the motorcycle in this matte black as well!

July 28th: Royal Enfield is a brand which never has to try too hard to make their bikes sell. Their brand value is such that even the most seasoned players in the market prefer not to poach in their territory. The company has now big plans to emerge as a global leader in the mid-size motorcycle market and in this attempt they are investing their energy on new products to lure a wider audience.

The Himalayan, Royal Enfield’s upcoming next offering will be the first of their new product onslaught and will be trying to attract adventure enthusiasts to its ever growing fan base. The bike has been spied a few times earlier but this time the folks at AutoX have been able to get hold of absolutely uncamouflaged images of the bike. 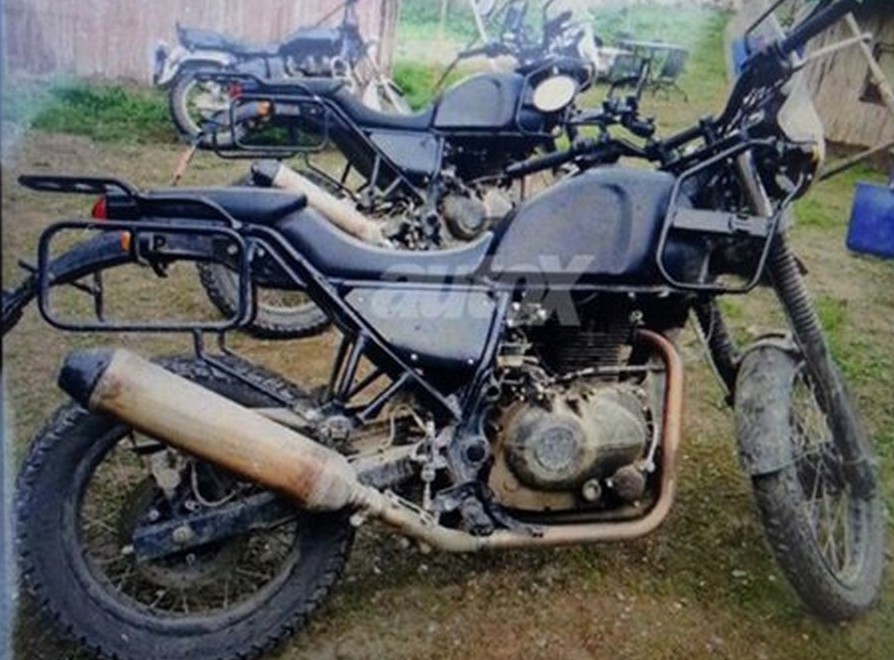 Designed as an Adventure tourer the Himalayan gets a Scrambler inspired theme. We notice the high-set mudguard, chunky off-road tyres, front and rear disc brakes and the upswept exhaust. Continental GT lovers will find the fuel tank familiar, but this is smaller in width. The surprise is that we can NOT see a kick yet…! We hope the production version gets one… 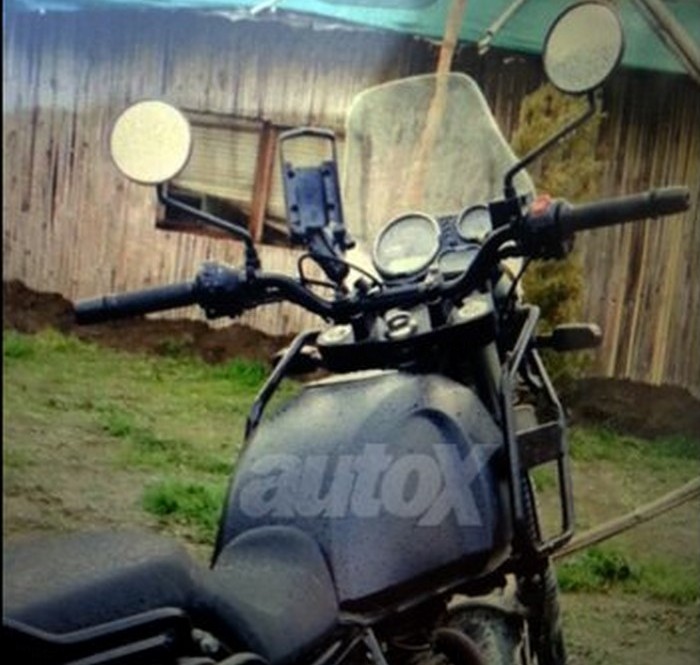 The split seat set up appears to be nice and wide and we hope it is comfortable. The high-rise handlebars and not-so rearset footpegs confirm the upright and easy riding posture the bike will come with. 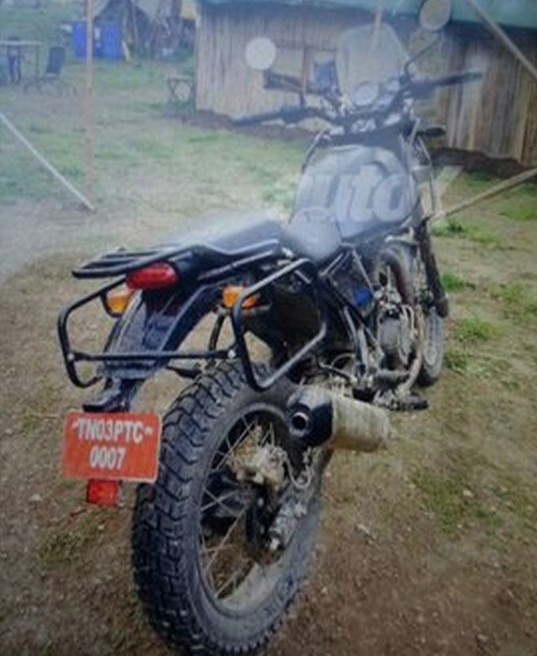 The instrumentation console is new with chrome bezels and round dials and is coupled with neat, rounded rear view mirrors. The bike also sports a wind protecting visor to save you of wind-blasts on highways. 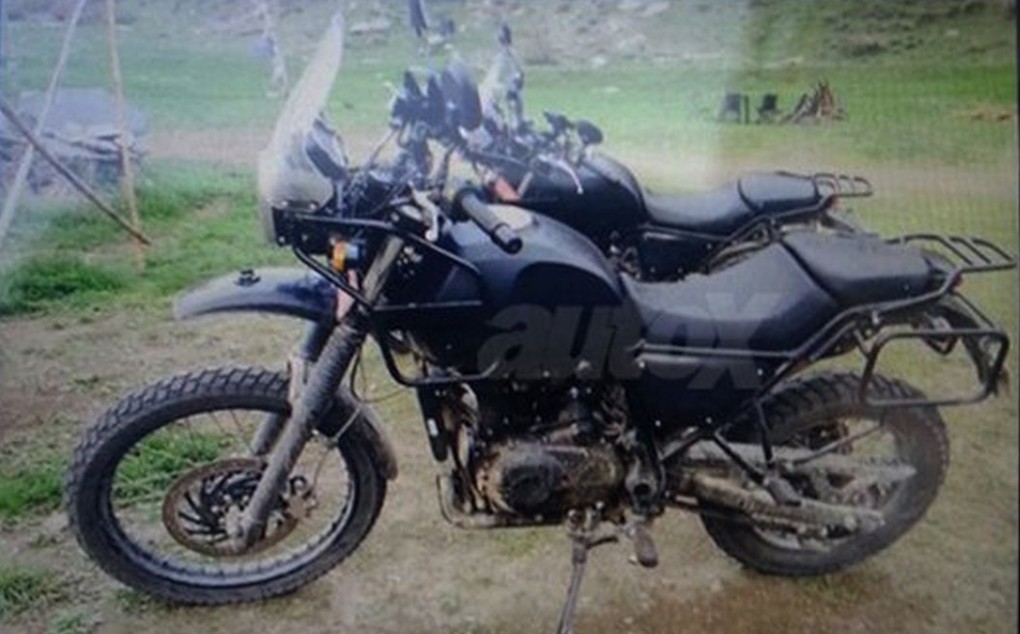 There are brackets for luggage mounts, which will be very handy for your long adventure rides. If we talk engines, the Himalayan is expected to sport an all-new near 400cc single cylinder engine which is touted to replace the current 350cc line-up. Confirmed power output and more details are not known at this moment.

Also Read: Bajaj, Harley & Royal Enfield NOT in the List of Exhibitors at Auto Expo 2016

A recent report has spiked up hope that Himalayan may sport ABS and Royal Enfield has confirmed that it will be launched towards the early part of next year. With these test mules appearing as nearly production ready units, get ready to welcome India’s most affordable adventure-tourer!