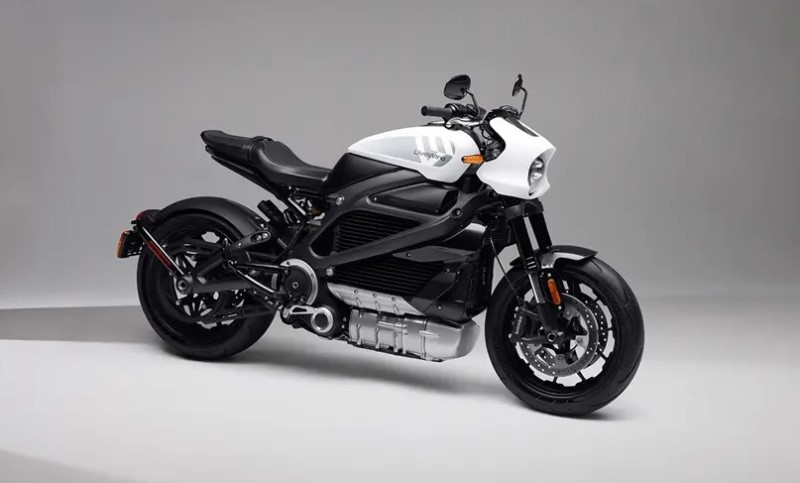 Harley Livewire One comes with two big changes – one, that it does not carry Harley’s branding and two, a drop in prices…

Almost every automaker is either in the market with electric vehicles or are developing one (or two, or many!). In line is the American cruiser bike brand Harley-Davidson that has also joined the bandwagon by releasing its electric bike Livewire One.

It is the first electric motorcycle from the company under the Livewire lineup that was revealed in 2019.

One of the big change is that Livewire One doesn’t carry the Harley-Davidson badging at all. Instead Livewire is now the electric brand of Harley.

The other big change is that the Livewire One carries a price tag of $21,999 (roughly equal to INR 16.41 Lac in INR), which is a big reduction from its earlier price tag of $29,799 (22.23 Lakh INR). The idea, according to Jochen Zeitz, CEO of Harley Davidson, is that the company wants to lead in the electric segment.

The One comes in two color schemes – Liquid black and Horizon white.

You get the branding of Livewire on either side of the tank. Also, right on the tank itself, you get the charging port. The powertrain of Livewire One offers up to 105 HP of power output. On a full charge, the electric bike from Harley can go up to 235 km.

For agility and smooth handling on urban terrains, the Livewire One has been equipped with a lightweight cast aluminum frame.

Features of Harley Livewire One

The electric motorcycle supports DC Fast charging. It can charge itself completely within 1 hour. The Livewire One offers six-axis IMU-controlled electronics and a TFT display-based meter console. On this instrument cluster, you can monitor navigation routes, check the battery status of the bike, etc.

The design of the bike offers a low center of gravity that helps in cornering and provides easier handling during slower speeds and halting.

The new Livewire One deploys Showa SFF front forks and BFRC shock absorber on the rear. For braking duties, Harley has deployed Brembo braking calipers on the wheels.

For the purists who are still etched to the ICE sounds, Harley Davidson Livewire One offers haptic heartbeat. The rider gets to choose between 3 settings and the bike will emit a haptic pulse.

Harley to Release a New Motorcycle on July 13

The Harley Davidson Livewire offers four preset riding modes- Sport, Rain, Road, and Range. Along with that the rider can also customize the modes using Custom Modes and tweak the power, regenerative braking, and traction control.

Currently, the Livewire One is launched in the US market. It will probably take a year or so for the electric bike to reach other regions and that may include India as well.