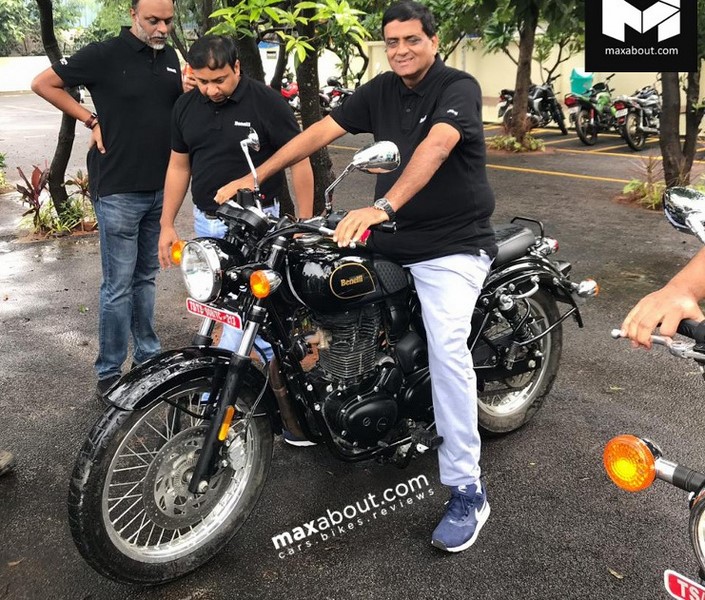 Benelli Imperiale 400 pics have surfaced from its plant in Hyderabad. It may come with a BSVI engine right from day one…

Just yesterday we confirmed, through an analysis, that Benelli’s next month’s launch is its Imperiale 400 classic (here is the story). In an update, we have some spy pics of the upcoming motorcycle from its assembly plant near Hyderabad. This is almost a final stamp of Benelli’s plans.

According to the source, the retro classic will be launched in India on October 20th which falls right before its media ride which is confirmed between 22-24th October. The India-spec bike seems identical to Benelli’s international-spec model apart from the addition of that mandatory saree-guard (for our market).

The report further claims that Benelli will sell the Imperiale as a Bharat Stage VI compliant motorcycle right from the start. Which means its power and torque figures may get altered from the current 20 hp and 28 Nm which the international spec produces from that 373.5 cc single cylinder air cooled engine. The 5-speed gearbox will definitely be carried over.

The old-school round headlamp, circular orange indicators, spoke wheels, chrome finished rear view mirrors and dual-pod analogue cockpit are some of the styling bits which enhance its nostalgic vibe.

The Benelli Imperiale 400 is generally sold in two colours internationally – Gloss Maroon and Gloss Black and both of them will be offered in India as per the pics. Benelli has already announced that this retro cruiser will be localised and we know that it will be the most affordable Benelli for the Indian market. We are expecting a price tag of around Rs 1.70-1.80 Lakh ex-showroom. Imperiale will compete with the likes of Royal Enfield Classic 350 and Jawa motorcycles in India.