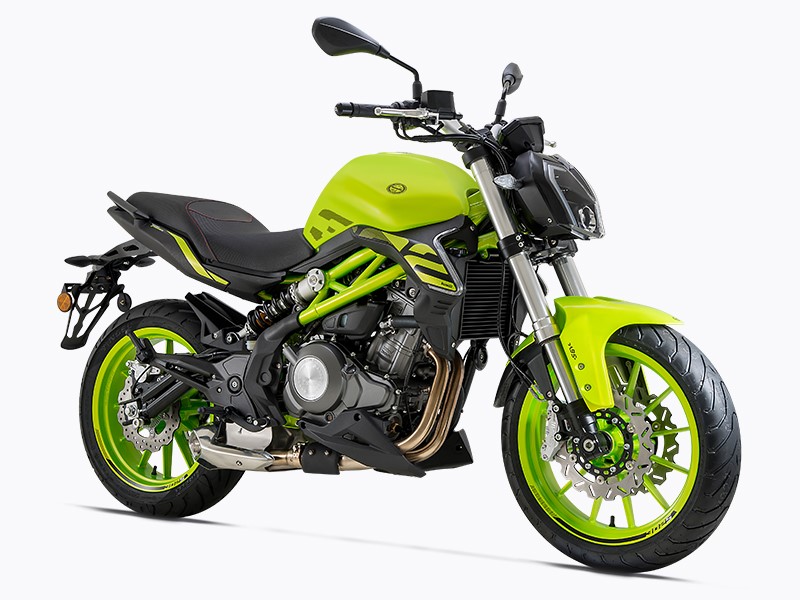 Benelli 302S launch in India is possible sometime next year; it gets a more powerful engine and looks better than the current TNT 300…

China-based Italian-origin brand Benelli has launched its mid-sizer 302S in the US market. The naked roadster is packed with a more powerful engine than its predecessor TNT 300. The 300 cc parallel, twin-cylinder liquid-cooled engine now produces 37.5 hp of peak power at 11,000 rpm and 25.6 Nm of max torque at a high 9000 rpm. It continues to be paired with a 6-speed gearbox.

The 302S has received visual changes when compared to the TNT 300. It packs full-LED lighting with tilted design projector headlight. The bike now misses the small windshield which gives it more aggressive look. Cockpit now includes a complete digital display instead of a semi-digital layout and the radiator shrouds are shorter as well.

Fuel tank, saddle, rear panel and the engine cowl are some of the bits borrowed from TNT 300. The bike is built around a trellis frame which sits on Pirelli sourced Angel ST tyres with 120/70-ZR17 (front) and 160/60-ZR17 (rear) configurations.

Suspension tasks are handled by 41 mm inverted front forks and asymmetrically mounted, pre-load and rebound adjustable monoshock at the back. The braking setup consists of 260 mm dual-discs with four-piston calipers at the front and a 240 mm single disc with a two-piston caliper at the back.

The naked monster is available in the US at a price tag of USD 4,299 (which is roughly equal to INR 3.05 lakh) and is available in four colours – White, Black, Red and Green.

There is a big possibility of this 302S coming to India but only next year. Chances are that Benelli may introduce the BSVI compliant 302S as a replacement of the current BSIV compliant TNT 300 here in our domestic market.