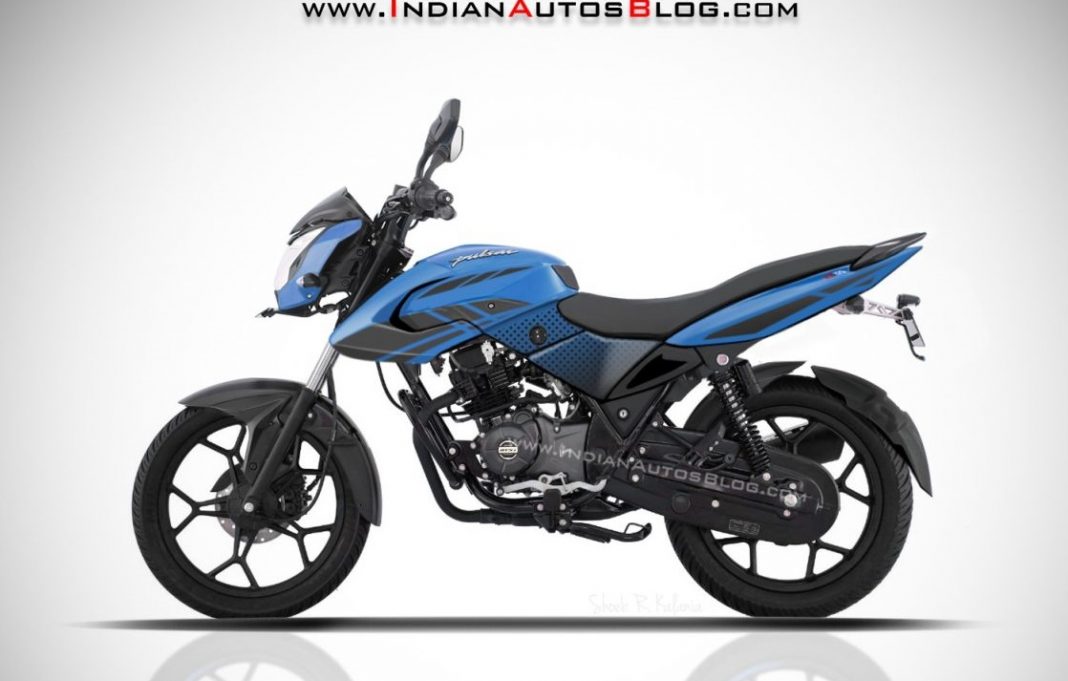 Pulsar 125 launch will give them an edge over rivals, as Bajaj thinks… and they have a reason to believe this…

With the Dominar brand now in place to take care of the premium spectrum, Bajaj has the flexibility to open the ‘Pulsar’ brand to a wider audience, even if it comes at the price of a little dilution. Currently, Pulsar 135 LS is the smallest Pulsar in the market but it won’t remain so…

Autocar carried out a report back in April this year that Bajaj is preparing an even smaller, 125 cc Pulsar. And in a build up to that story, Indianautosblog has created a speculative rendering of how they believe the motorcycle could look like.

As you can see in the featured image the major design inspiration has come from the Pulsar 135LS and then we also have some design cues from the Discover ST.

Pulsar 125 will reportedly be powered by the responsive 124.6 cc 4-valve engine of the (now discontinued) Discover 125 ST (the most premium Discover sold till now). It produced 13 bhp of peak power and 11.4 Nm of maximum torque.

Bajaj has a very good strategy, if you think of business! Basically, from next year all 125cc+ motorcycles – new and old – will have to have costly ABS as a standard feature. CBS (combined braking system), which you have seen on a lot of Honda’s scooters and motorcycles, will be mandatory on all motorcycles under this displacement.

This means that all motorcycles over 125 cc will go through a significant price increase and this is where Bajaj intends to strike – by offering a light-weight sporty bike (Pulsar 125) without such a big increment (since it will just have to be equipped with cheaper CBS). They believe that this will give them an edge in the premium commuter segment. No other 125 cc motorcycle is as powerful and with the backing of the ‘Pulsar’ brand they see a lot of market.

Autocar says that Bajaj would probably target April 2019 – just the tip when ABS gets mandatory on motorcycles, however, a more realistic expectation is mid of next year.

Bajaj-Triumph Close to Finalising Details & Signing Formal Contract: All the Details So Far…

Apart from this, Bajaj is also preparing to introduce the biggest Pulsar 250 in India!