Bajaj has, very silently, released a colour update for their Pulsar 180 DTSi. The bike continues to be mechanically the same, producing 17PS of power and 14Nm of torque. The new colours include:

There has been no word yet on whether they would continue providing the existing colour options or not, but we believe they will be shown the door!

Bajaj Pulsar, which was launched back in 2001, has completely changed the biking scenario in the country. There were serious rumours during its developmental stages of a tiff with Kawasaki, but Bajaj continued with the project, and came out with a product with many segment first features.

Before the introduction of the Pulsar, the Indian motorcycle market trend was towards fuel efficient, small capacity motorcycles (that formed the 80–125 cc class). Bigger motorcycles with higher capacity virtually did not exist (except for Royal Enfield). The launch and success of Hero Honda CBZ in 1999 showed that there was demand for performance bikes. Bajaj took the cue from there on and launched the Pulsar twins in India on 24 November 2001. Since the introduction and success of Bajaj Pulsar, Indian youth has begun expecting high power and other features from affordable motorcycles.

And after more than a decade later, like a few other manufacturers, it seems the Pune based manufacturer has also resorted to paintjobs and colour schemes to refresh their motorcycles.

Bajaj, who has seen its market share being steadily eaten up by its rivals, needs to bring out more than these cosmetic sticker upgrades. They launched a similar dual-tone Pulsar 200NS in our markets recently.

Talking about the new colours on offer, the black-white combo appears to be the best looking livery on offer from the pic we have. An official statement should follow in soon with better quality pics. 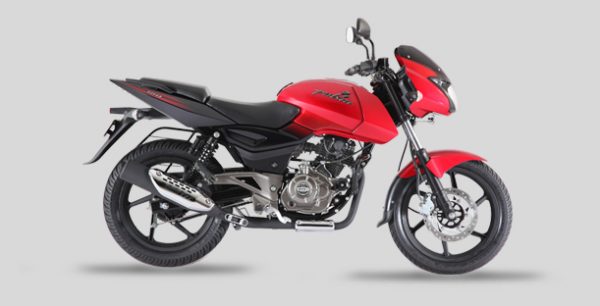 Bajaj is already working on a comprehensively refreshed Pulsar 150 and possibly Pulsar 180 which will get the naked sports (NS) treatment and an improvement to their engines. Apart from that the new Pulsar SS200 is just around the corner and should be able to do a world of good to its sales.