The latest images of the upcoming Pulsar 200SS supersports comes courtesy a vigilant reader of compeer Motoroids.com. The test mule was caught somewhere near Chakan where Bajaj has a production facility. 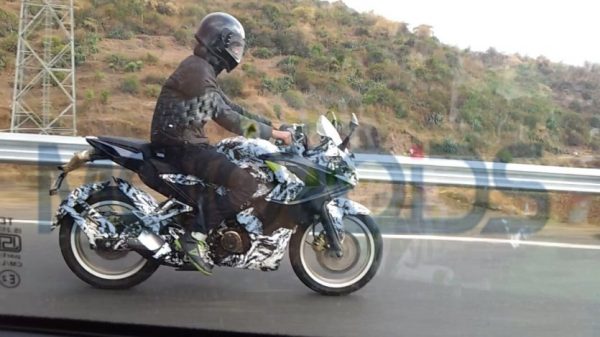 The bike looks as production ready as it is going to be with even the singularly Indian saree guard finding a place on the test mule! One wonders if the next generation of Indian bikes would boast of a clothesline stretched between the handlebars!

The 200cc Bajaj supersport is an eagerly awaited ride; reason being affordability with access to high-tech toys. The 200SS is expected with a Fuel injection unit as standard and anti-lock brakes as an optional extra which are absent on the current 200NS, a bike which is the platform for the faired SS200.

The exhaust outlet on the test mule looks as compact and slick as the one you would find on some of the bigger-bores at the Austrian partner’s stable. A catchy, signature soundtrack is a requisite when you are talking serious biking. With its supersports and naked sports, Bajaj is planning to serve a vociferous minority capable of making or breaking a product solely on the basis of the sound the machine generates. 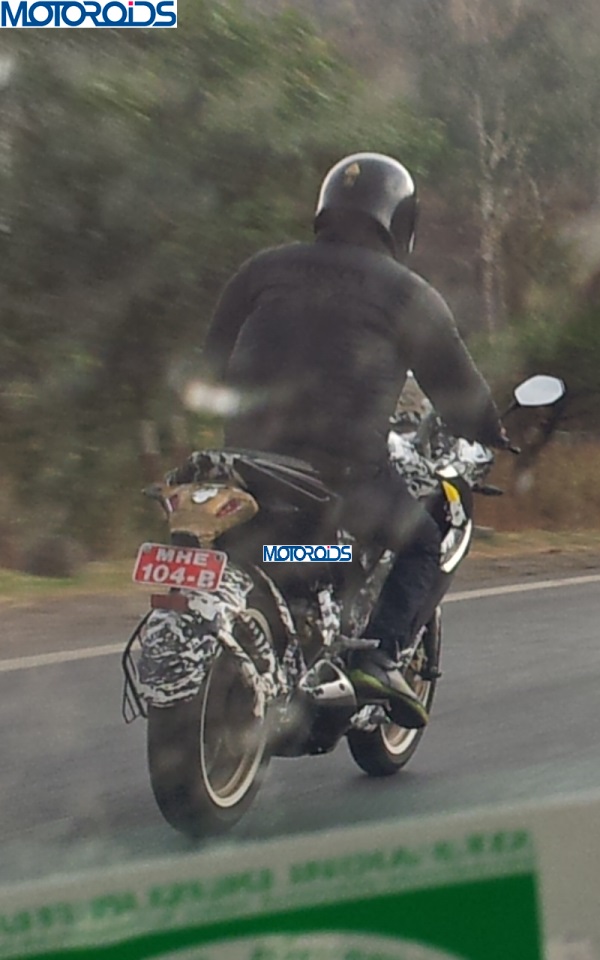 The digital console, the disc brakes are, again, de rigueur, when talking probiking and the Bajaj 200 SS seems to have gotten them right. The mass of the bike seems to be satisfactorily centralized. The purists will gripe about, and rightly so, the not so compact overall length of the bike and about the clip-on handlebars positioned a tad too conventionally for a supersport. The SS might not be as flickable and aerodynamically optimized as; say RC 200, it has its practical reasons to be so. Moreover, the purist isn’t always on the same page as your pragmatic daily commuter. 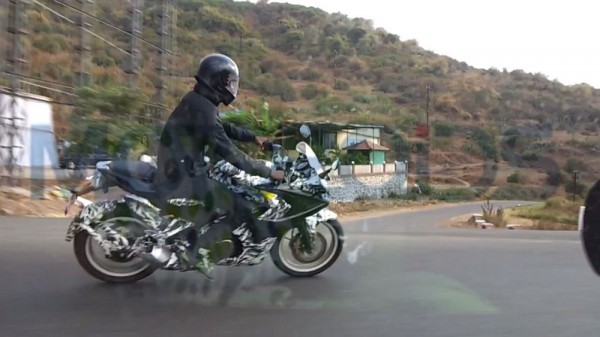 The 200 SS is expected to be a satisfactorily powerful (24 PS or thereabouts) and feature-laden bike paving way for bigger performers awaiting backstage at Bajaj – the 400 SS and the 400 CS.

And if you want more power, stay tuned for the bigger SS400!