The forbearers of the Pulsar brand of Bajaj – the 150 and the 180 – are about to welcome two new entrants into the Pulsar lineup. Bajaj calls them the NS or ‘Naked Sports’ and besides the engine displacement, the upcoming Pulsar 150 NS and the Pulsar 180 NS appear to be all-new bikes altogether. 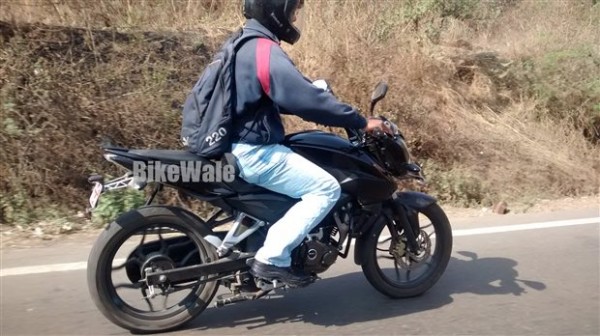 The upcoming versions of new smaller NS Pulsars have been seen and photographed earlier as well here and here. The latest sighting comes courtesy Bikewale.com. The photographed test mule seems to be the 150cc version of the Pulsar NS going by the similar 100mm broad rear Eurogrip Tyre. 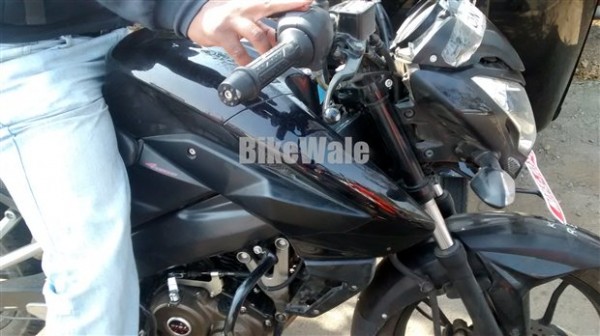 The 200 NS model of Pulsar has been duly acknowledged and accepted by the market. And no surprise that. The aggressive design, the assiduous workmanship and the quality body parts carries the street fighter styling of the 200NS admirably. The steel perimeter frame and the rectangular tube section swing arm holds the liquid-cooled single in a snug fit providing visual clues to a well thought-out design while standing still and providing on the move a rather good riding geometry. 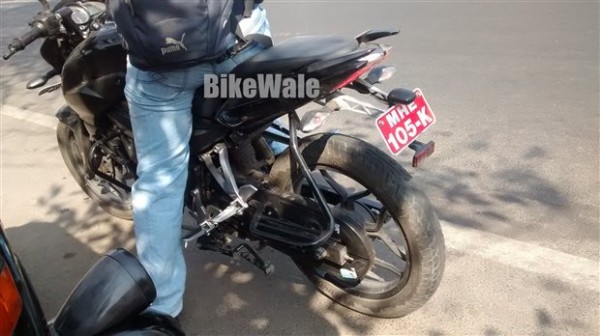 The 150NS and the 180NS are expected to carry forward the same design theme as well as riding pleasure in a slightly smaller and less premium package. Going by the ‘Triple Spark’ badge, there definitely will be tweaks done to the engine. The 4-stroke, SOHC – 4V – single cylinder engine could continue to be air-cooled for the smaller Pulsar nakeds, but is expected to provide more thong than the existing DTSi 150 and DTSi 180.

This particular mule shares a lot of parts right from the meter panel to the clip-ons, tank scoops, front petal disc brakes from the 200NS. The most interesting change is the introduction of monoshocks which definitely will aid in much better handling. 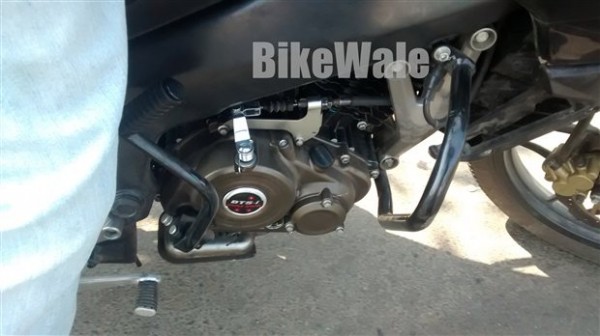 The 200NS hosts a 6-speed gearbox while the smaller stable mates would perhaps sport a 5-speed transmission. The power figures for the 150NS and the 180NS could also go a wee bit higher. Bajaj is expected to launch both these Next-Gen Pulsars by the second half of this year.