As competition from rivals like Hero and Honda intensifies, Bajaj Auto witnesses a slump in the demand for its products. The slowdown in the market hasn’t helped matters either. However, the Rajiv Bajaj-led company isn’t going down without a fight.

The Chakan-based two-wheeler manufacturer has readied a slew of launches to take the assault back on to the competitors. Reports suggest that Bajaj, along with KTM, has a lot of product launches planned for this year which span across to different segments. Here is a list of all what Bajaj is expected to launch this year.

1. New 125cc Discover: This bike is expected to be the first one that will come out from their stables and may see a launch very shortly, might be as early as this month itself. It will complement the Discover 100M that was launched earlier, and will rub shoulders with the Discover 125T and the Discover 125ST. 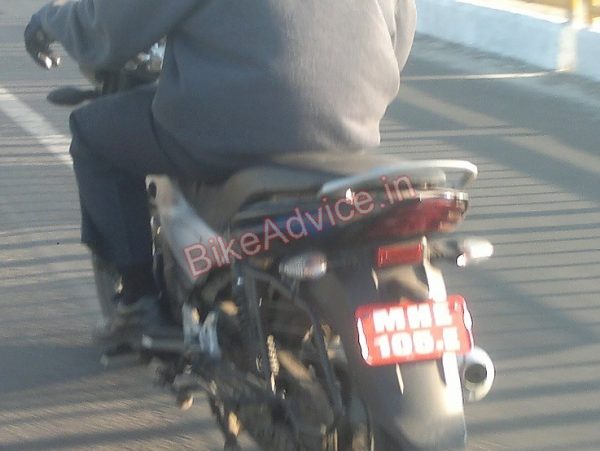 There may be more variants coming from the Discover range to cater to the commuter segment.

2. Refreshed Pulsar 180 – Now, this is some music to the ears! The lower-rung of the Pulsar line-up has been crying for a facelift, or rather upgrade, for years. The Pulsar 180 is an important model as it fills a crucial gap between that of the relatively frugal 150cc bike and the unbridled power of 200+ cc bikes, thereby allowing the owner to get the best of both the worlds. Test mules are already on the roads and there is a clear resemblance to the bigger brother NS for the new Pulsar 180. Launch is expected towards the festive season or earlier.

3. Refreshed Pulsar 150: So, not only the elder brother of the duo, but the smaller Pulsar 150 will also be updated, yet again taking cues from the Pulsar 200NS range. The 150cc engine is also expected to go through a makeover and will get Bajaj’s Triple spark ignition technology and we also expect some bump in power specs as well. It is expected to be launched together with the Pulsar 180.

4. Pulsar SS200: So, the first ever full-faired Pulsar is coming and as reported yesterday, it will be launched within three months from now. It will feature the same 200cc engine from the NS but with a fuel injection unit along with expected betterments to the power specs and an optional ABS. It will have two projectors upfront and will share majority of its cues with the bigger Pulsar SS400.

5. Pulsar SS400 – It would be the first ever genuinely powerful Pulsar! Like the Pulsar NS200 was a counterpart to the KTM 200 Duke, this one will be a less-expensive choice for those who would find the KTM 390 Duke (or RC390) a bit of a hole-burner in the pocket. Bajaj chose to unveil it at the Auto Expo and what we saw standing in front of our eyes was a treat and a sureshot killer. Pulsar SS400 is expected to be launched towards the second half of this year just before the RC390.

6. The RC Series from KTM – RC200 & RC390 – Eventually, there will be a couple of launches from the brand KTM that has become synonymous with sports biking in India. Called as the RC200 and the RC390, they will be the full-faired cousins of the KTM 200 Duke and the KTM 390 Duke. Even though a lot of technology and parts will be shared from that of the Duke parts bin, we expect these models to be significantly higher priced than the corresponding Duke models to account for the bodywork and the slightly-higher specifications.

RC200 is expected to be launched first within the first half of this year followed by the RC390 which will come around the time of Pulsar SS400, in the second half.

If you waited for the Pulsar CS400’s name up there somewhere, let us inform you that it was a concept that Bajaj showcased at the Expo and it will only be launched in 2015 at the earliest.

Data suggests that Bajaj’s share in the motorcycle segment has fallen and the monthly sales figures are also witnessing a slump. However, with a planned lineup like this, we are sure, it will claw back all what has been lost in the process.

So, which one of these are you waiting for?