In a very interesting development, a couple of new Pulsar NS look-alike variants have been seen and photographed by rushlane.com. Upon careful observation, they appear to look like new versions of the popular Pulsar 150 and Pulsar 180. 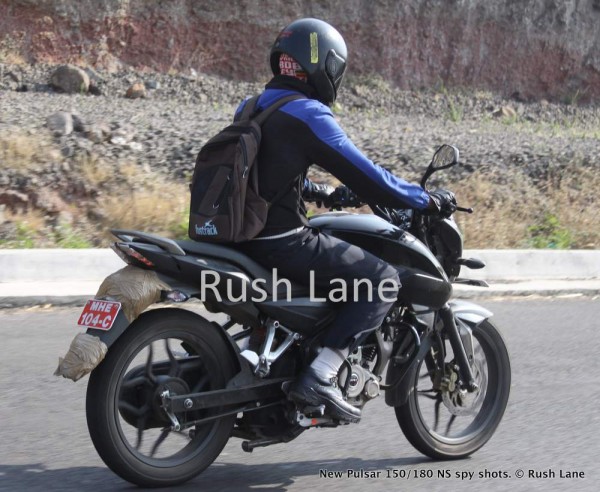 Back in June 2012, Bajaj launched the 200cc version of its Pulsar NS (Naked-Sport). The 200NS was powered by a liquid-cooled single cylinder 4-valve SOHC 199.5cc engine with the world’s first triple-sparkplug technology. This engine was capable of generating 23 bhp of power @ 9,500rpm and 18.3Nm of torque @ 8000rpm. The bike was good enough for speeds approaching 140 kmph and came with the company’s first twin-spar frame and a monoshock suspension.

The Pulsar 150NS and 180NS, as seen in the photographs, carry very similar design elements of 200NS. The capable DTS-i engine seems to have been retained but it is possible that the engine could have been tweaked for better performance and to make it compatible with the new exhaust set up similar to Duke’s machines. Now this may also mean addition of Triple Spark technology (as seen from the logo on the engine) as well as 4 valves to the overall setup. 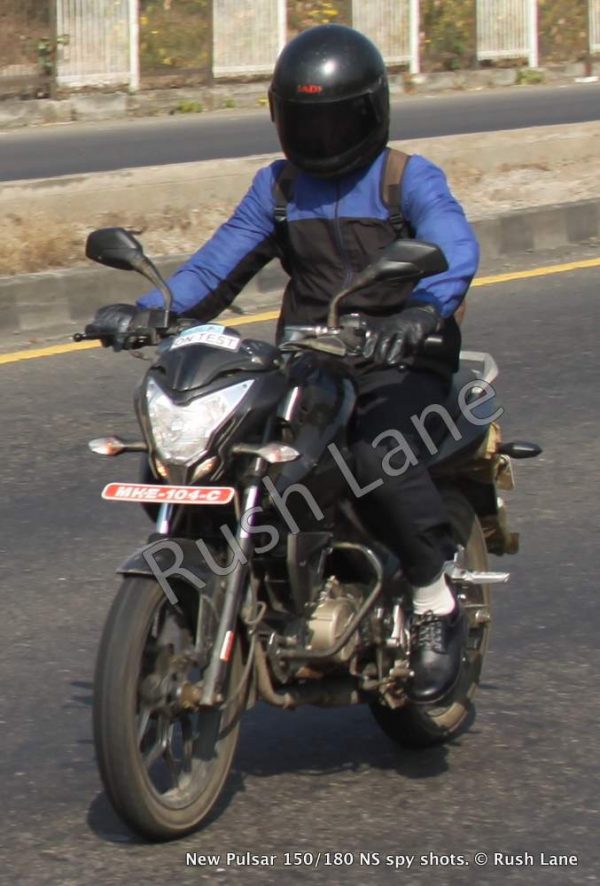 The Pulsar 180 DTS-i was the real bad boy of Bajaj before the arrival of Pulsar 220 and 200NS. And the Pulsar 150 was always the more sedate, fuel efficient and affordable brother of the twins.

Here is what we can notice on these mules: 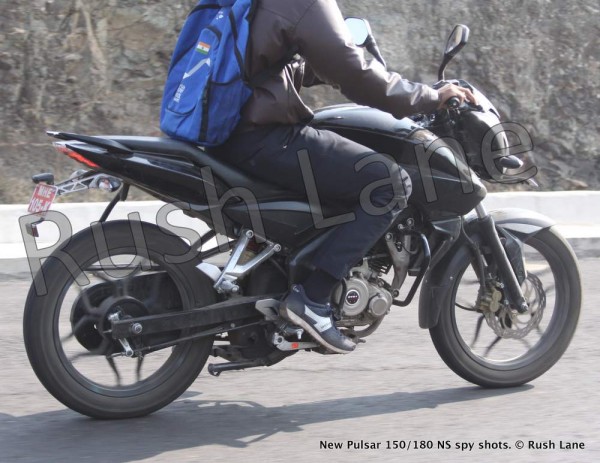 This signals the arrival of the all-new breed of Pulsar 150/180 twins which is all set to enthral everyone as they did way back in 2001. This appears to be the first comprehensive makeover of these motorcycles which are ruling the roost ever since they were launched in the market. 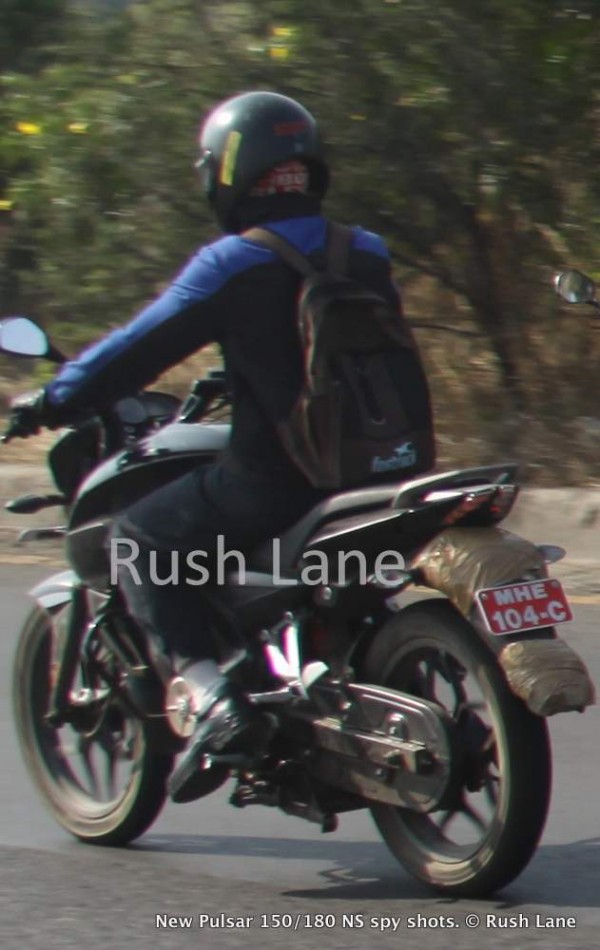 Bajaj is carefully lending its smaller Pulsar twins almost all the new features the new Pulsar 200NS has been applauded for. And with the new frame we hope the fantastic handling characteristics of Pulsar 200NS percolates to the smaller twins.

What happens to Pulsar 200NS?

A new supposedly Fuel injected Pulsar is being tested which is also expected to get ABS in the ranks. And then we also have the faired Pulsar 200SS.

An Auto Expo launch/unveiling is definitely on the cards and we expect the market to stir up once again with these new masterstroke from Bajaj.