As Bajaj prepares two of its workhorses for a comprehensive makeover, a flurry of spyshots follows in its wake. We now have a few exclusive spyphotos of a test bike that appears to be the new, revised Pulsar 180 in the NS (naked sports) form. 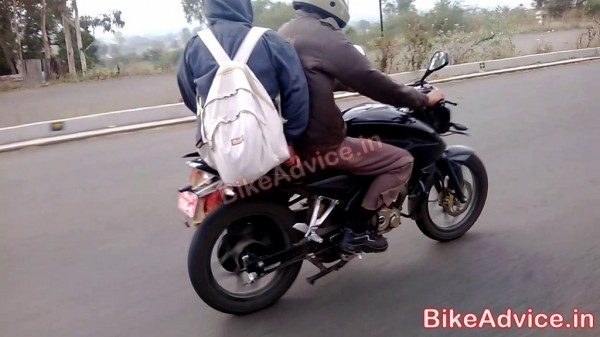 The makeover will arguably be the most comprehensive that Bajaj has ever given to the older Pulsar twins. They have been ruling the roost in the market for more than a decade now, but they are in need of a change. The design theme of the bikes has been basically same over the years, with a bit of sharpening and tweaking being done every now and then.

Now, the older Pulsars are all set to receive the naked design theme of the Pulsar 200 NS. As seen from the spyshots, the older wolf-eyed headlamps have been shown the door in favour of the headlamp design of the NS. The bikes also witness the incorporation of a few other elements like the fuel tank design and the alloy wheel pattern of the Pulsar 200 NS. It is only the tapering rear tail part of the bike that is similar to the old generation of Pulsars. 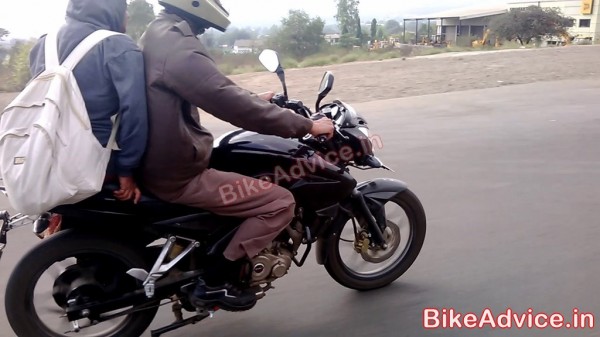 The changes for the new Pulsar 180 NS include (as we can make out) :

The Pulsar 180 NS doesn’t have a rear tyre hugger nor does it have a mudguard. It possesses a race-inspired Registration plate holder. It is also difficult to say if the bike is equipped with a perimeter frame or not. Most of the inspiration for these bikes has come from the Pulsar 200 NS, and we also hope the razor-sharp handling of the Pulsar 200 NS finds its way to the new Pulsar twins.

Though we can see from the spyshots that the engine on the test bikes is similar to that on the 200 NS, we can’t really say for sure if it carries Triple Spark Technology and 4 Valve technology but the badge at the engine does hint at this possibility big time. Let us hope that the upgrade gives a fresh lease of life to the original bad boy of 150cc and greater segment. The P180 has been the unsung hero of the line-up, with its decent combination of power and frugality.

Will the Pulsars continue to enthral the masses as they have been doing for the last ten years with this makeover? We let you decide this.