Every time somebody blows his nose at Bajaj, a Discover is born! But in a new twist to the tale, a new Discover mule with a change has been seen undergoing real-life tests and has been photographed by Overdrive.in. 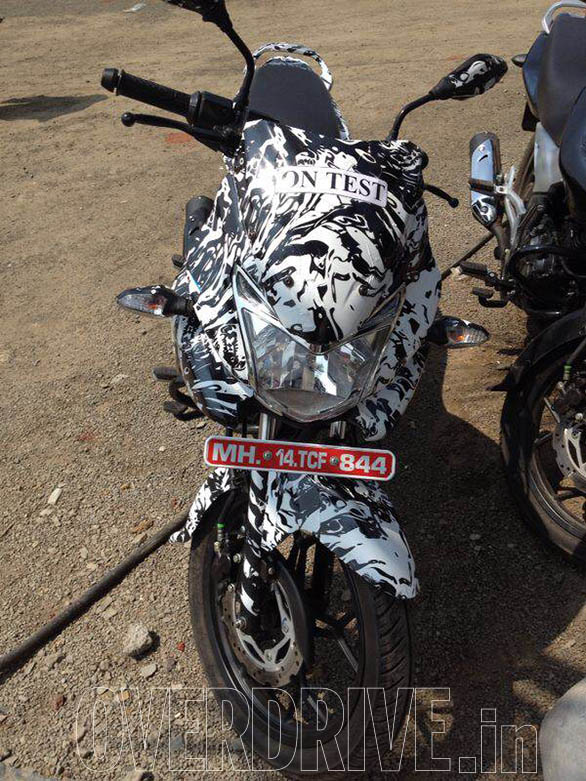 The bike in the photographs shows a mutant sporting a half fairing similar to Pulsar 220F and has been speculatively called by Overdrive guys as F150! We are unsure why is it being called as sporting a 150cc engine considering that the current Discover series is kept limited to the 125ccs. Bajaj earlier had Discover 135 and Discover 150 and this new one, if it is Discover F150, could be the cap on the Discover brand of bikes from Bajaj.

The frame, rear monoshock, front disc brake appear to be from the Discover 125ST and observing carefully, the accompanying motorcycle in these pics also appear to be the 125ST. The resulting product looks like it’s out from the Bajaj stock-clearance sale.

The fairing, the monoshock, the disc brake, the electric start all point out to the fact that this new bike might well be the top-of-the-shelf flagship Discover. Overdrive also claims that there is a naked version based on the same 150cc Discover F150 which will also be launched this year. 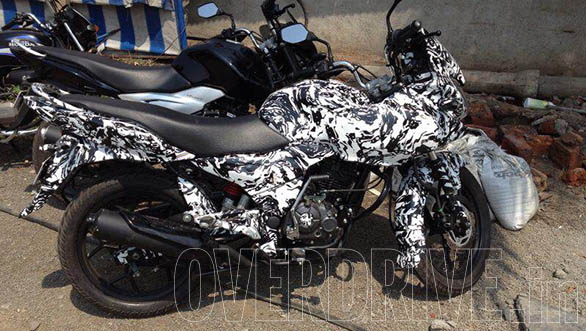 The competition – Honda Stunner and Hero Ignitor both are aimed at the commuter segment desiring a small-capacity bike that’s also a bit of a show off. This new Discover F150 should fit in nicely into that segment.

Considering that Discover 125ST generates 13PS of power, this 150cc DTS-i engined Discover F150 is expected to generate about 14 odd PS and somewhere around 12 Nm of torque. If that be so, the new Discover F150 has something to show to its competitors in the way of more power (the Stunner and the Ignitor top out at around 11 PS), and longer list of features.

The new Bajaj Discover F150 is expected around October-November this year and will definitely be placed under Pulsar 150 which is also going through a makeover and has been spied testing earlier.