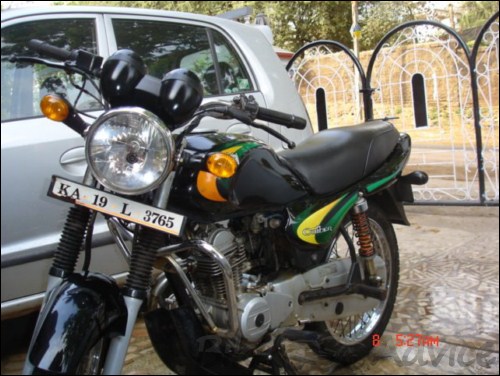 Bajaj Caliber name patented by the company again; it was a motorcycle it sold in the 2000s which received fair bit of popularity…

Bajaj, under its partnership with Kawasaki, used to sell a motorcycle named Caliber back in the 1998-2000 era. Based on the platform of the 4S, there were various iterations of the model. The most popular among them was the Caliber 115 which was promoted under the tagline – Hoodibaaba!

However, in early/mid 2000s Bajaj discontinued it from the market and started focusing on the Pulsar range which was doing great business for the brand. But, in an interesting move, the Pune based motorcycle maker has re-registered the Caliber nameplate for two-wheelers, electric vehicles, motorcycles, scooters, etc.

The patent application was filed in March this year and the Journal date is mentioned as 12-July-2021. The status is – Accepted & Advertised. That means Bajaj is now free to use it on its upcoming products.

This update gives rise to the most probable speculation of Bajaj considering bringing the Caliber brand back to life. Recently, the company had resurrected its once-popular Chetak brand but with an electric powertrain!

It is not known what form will Caliber adorn, when and if it arrives in the market. But, going by its earlier placement, it could be an entry executive segment motorcycle or even the first electric motorcycle from the house of Bajaj. Let us wait and see what has Bajaj in store for us…