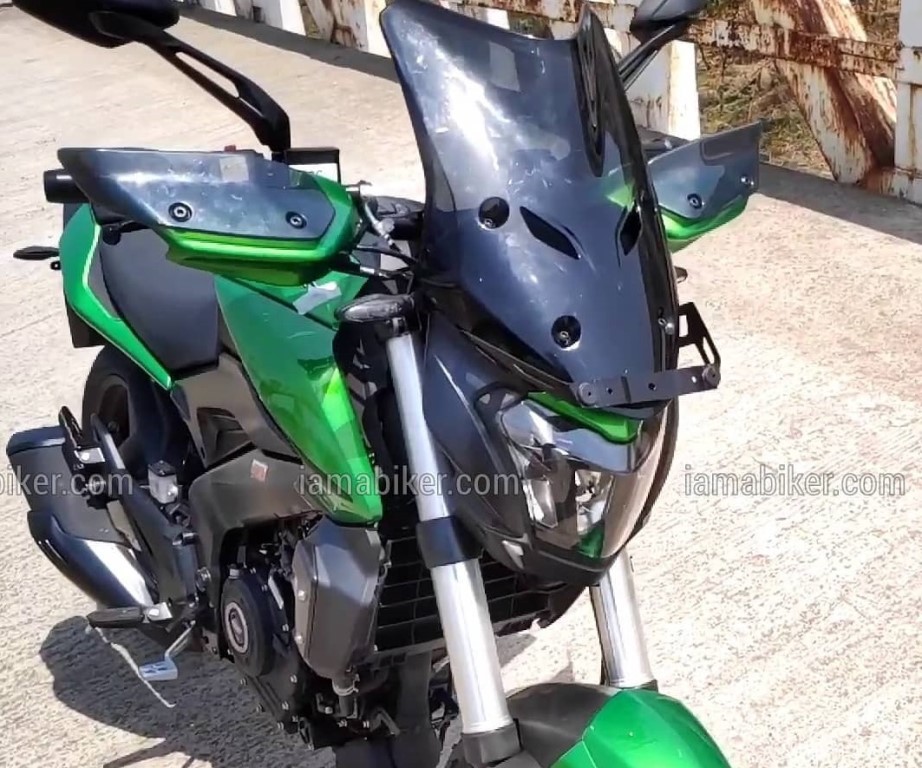 Will 2022 Dominar 400 come with these touring accessories or is it a special edition or these parts will be offered over the counter for everyone…?

Bajaj wants to promote its Dominar as the choicest motorcycle for long touring purposes. Pushing that agenda, the company may be working on a special touring edition of its power cruiser. One such bike with augmented touring specific peripherals has been spotted. Apart from the spy pics you see here, a similar loaded motorcycle was spotted inside Bajaj factory, right alongside the 790 Adventure.

As you can see from the spy shots, it is the higher Dominar 400. The interesting addition to the cruiser is the kind of accessories that it is wearing. We can see an extended visor to avoid wind blasts during touring at higher speeds.

Next, it has knuckle guards for protection (and some glam!). Generally, such accessories are offered with touring bikes like KTM Adventure, Kawasaki Versys, etc. The rest of the design looks just the same as the regular Dominar 400.

This means that this could either be the new Dominar 400, or these (and few other) accessories may be offered as an optional extra to every Dominar purchaser. Or there is a third possibility that Bajaj may be considering introducing this as a special edition (which may include a color change in the production version, etc).

Since Bajaj is working on this direction, we would love to see stock hazard lights, mobile-phone mount, saddle-bag mount extensions, etc on the model.

It has been widely noted that pro riders who go for long trips, customize their Dominar 400 with aftermarket visors, handle guards and auxiliary lights, etc. This would given them a factory-ready option.

No changes to the mechanicals are expected and since the motorcycle has been gaining price hikes like crazy, we hope that Bajaj doesn’t offer these at exorbitant prices (hikes).