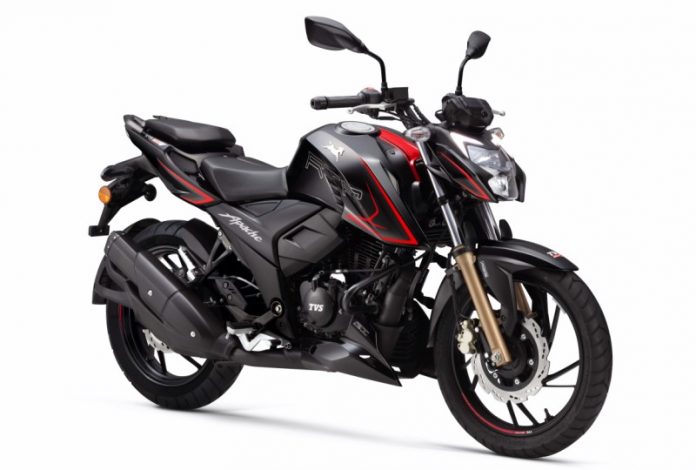 TVS has taken the fight with Bajaj head on. Just when the Pune based manufacturer was teasing us with the upcoming new Pulsar NS200, TVS has gone ahead and announced a new variant of Apache 200 which rivals the NS directly and undercuts the smaller Hornet 180.

The new Apache 200 that has been launched today comes equipped with a single channel ABS unit and is in addition to the dual-channel model that is already on sale. It must be remembered that Bajaj offers its Pulsar NS200 with only single channel ABS and the same is true for the Honda as well.

As you can see, this price slash of a very significant Rs 5050 is the basis of the new model. It will be available for those who want a 200 but are short of funds. The Apache Super-Moto is priced Rs 6222 lesser than the Pulsar NS200 and Rs 3421 cheaper than Hornet 180. However, if you are in the market for the Apache 200, we would still advice you to go for the safer model.

TVS says that the new Apache with Super-Moto ABS will offer the safety of ABS along with the fun of sliding around tracks. It continues with the same 197.75cc, single cylinder, 4 valve, oil cooled engine which produces 20.5 PS of peak power at 8500 rpm and 16.8 Nm of max torque at 7500 rpm – which means that there are no other mechanical changes in the cheaper variant.

Additionally, TVS has confirmed that the Apache Super-Moto continues with features like GTT, SmartXonnect, rear radial tyre, feather touch start, LED headlamp, etc. The new variant will be sold in both the colors – Gloss Black and Pearl White – like the dual-ABS version.

Benelli Now 34 Dealerships Strong; Latest One Comes Up at VAPI