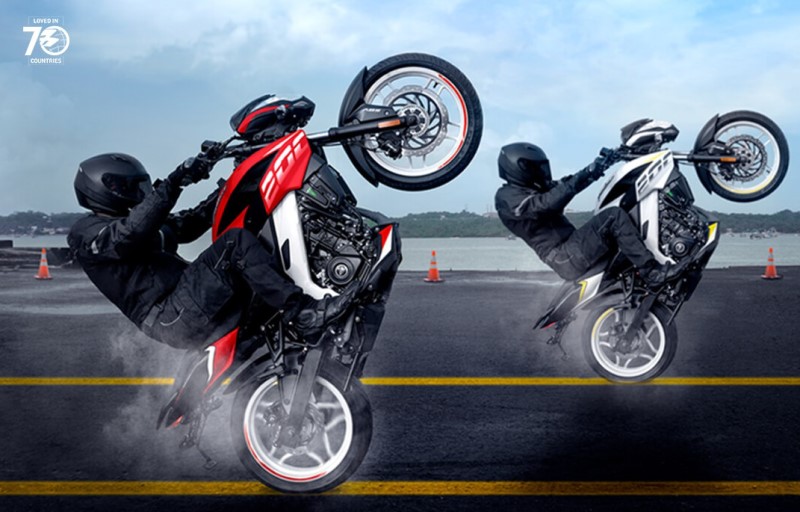 2021 Pulsar NS200 will come in two colors, at least that Bajaj has revealed. A formal launch announcement is expected in the coming few days…

Bajaj is spilling the beans of its upcoming Pulsar NS200 range for the festive season. It recently shot an advertisement campaign featuring most Pulsars. This video revealed the new red shade of the naked streetfighter. You can read about it here.

In a latest, another color – white dual-tone, has been updated at the official website. The white Pulsar NS200 also sports same colored alloy wheels and frame. The rear cowl is a combination of white and black. All of this is garnished with yellow color sprinkles on the alloys, engine guard and the cowl.

We are unsure if there will be more colors and if these will be introduced as special editions. Or will these new shades replace the existing palette completely. But expect an official announcement on the launch very soon.

Expect no changes to the mechanicals of the new 2021 Pulsar NS200 since it got updated very recently with Bharat Stage 6 compliance. The single cylinder, liquid cooled, 199.5 cc, triple spark engine now produces higher 24.5 PS of power (similar to RS200) and features fuel injection. Torque is also up a wee bit to 18.5 Nm (peaks at 8000 rpm).

EXCLUSIVE: After Two Decades Pulsar 150 Has a RIVAL Within…!

The current price of Bajaj’s streetfighter Pulsar is Rs 1,29,722 ex-showroom in Delhi, for reference.