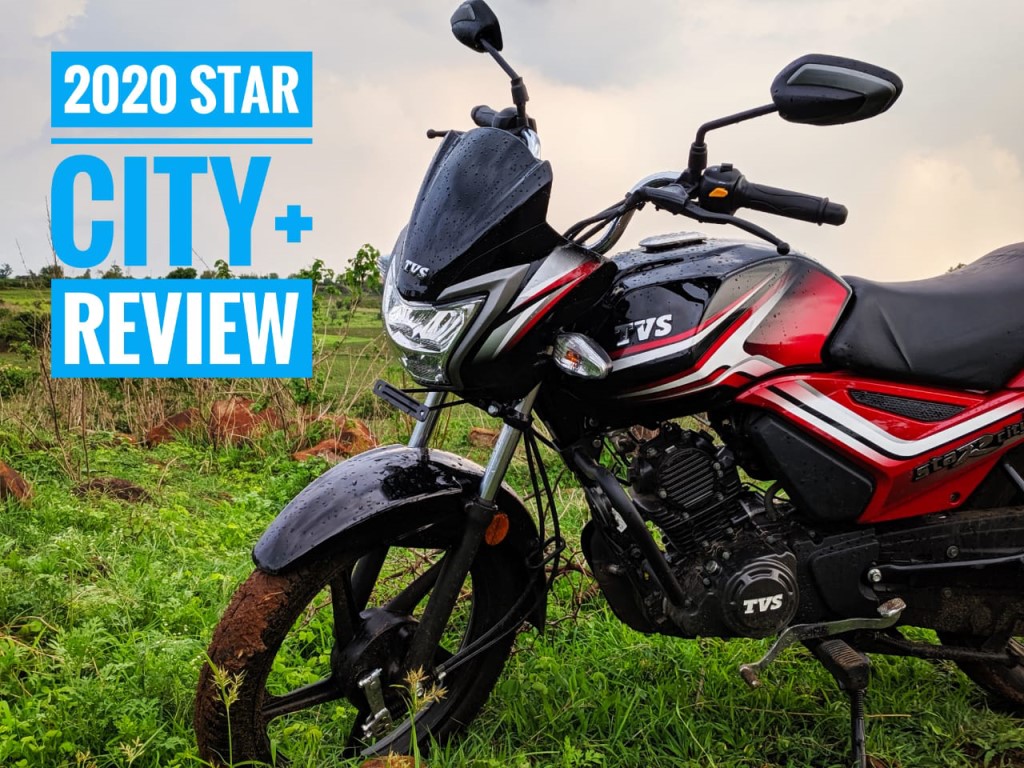 It was way back in 2014 I last tested the Star City when I used to live in Pune (if interested, you can read it here). A lot has changed over these six years – both on the regulation front (for two-wheelers) as well as on the political front (for the country). As for me, I have moved back to my home town Bhopal and I got a chance to ride probably TVS’ most important motorcycle in the entry space – the latest 2020 version.

Though the Apache brand name is what you and I hear more often from TVS but the Star City moniker has been around for a while as well. In fact it is the oldest running 100cc motorcycle in TVS’ portfolio, if we omit the long time frame where Victor wasn’t on sale in the country.

The demarcation in TVS’ portfolio

TVS has as many as four motorcycles in this space – Sport, Radeon, Star City and Victor (it is yet to get a BS6 update). The Sport plays in the entry segment; Radeon targets the utilitarian (Splendor) buyers who wish to get slight more features than Sport. And around the same space TVS has placed the Star City which is for people who like sportier looking (commuter) bikes. Victor is the premium-most motorcycle here for the company. In terms of sales, Radeon is generally the highest seller, followed by Sport and Star City and then Victor.

The motorcycle has evolved in all these years but it has managed to maintain all the good tenets it possessed back in 2014. Apart from Bharat Stage 6 compliance, the 2020 update brings with it fuel injection and features like LED headlamp, USB charger and some cosmetic enhancements like the dual tone seat, mirrors etc.

Star City is one of the most handsome looking motorcycles in this segment. It has pretty good proportions and does not look too skinny like the Platinas, and nor is it too flabby (like the LML Energy or Adreno of yesteryears). Those creases have remained almost similar for the last many years but TVS has gradually ironed out the bits that looked old-school – like the headlamp is new in the latest model.

The dual tone treatment to the muffler, seat and the color theme all go in sync with the all black theme of the engine, exhaust pipes, canister and those simple yet elegant 5-spoke alloy wheels.

Quite naturally, the Star City gets the ET-Fi which marks a pretty significant transition from carbs. It has provided the motorcycle with a crispier throttle delivery and better refinement.

But the best part about small motorcycles is the way they ride – the tractability to be precise. There is abundant torque down the rev band to push the bike easily inside city traffic. The 8.08 bhp engine offers pretty quick response off the line and the 8.7 Nm of max torque (which peaks at 4500 rpm) helps the motorcycle lug around without the need for changing gears frequently.

The Star City can be pulled from 12-13 kmph in second gear and more interestingly; it can gain traction (slowly) from speeds as low as 30 kmph in fourth gear, without any discomforting noises from the engine. This is the most important aspect of small bikes and these are the speeds at which they spend most of their lives.

The new Star City+ gets to 40-50 kmph fairly quickly and is best enjoyed at less than or around 60 kmph. This is the spot where it feels pretty comfortable and at ease. Between 60-70 kmph the rider gets to feel the vibrations and surprisingly, they subside between 70 to 80 kmph after which they again come up and gradually increase. Still, even at top speeds of close to 100 kph (speedo-indicated), the motorcycle does not become coarse and vibrations are pretty well contained. The motorcycle is good for an approximate fuel economy of 60-65 kpl in real world conditions.

Take me to Page 2
© All content copyright BikeAdvice.in.
MORE STORIES