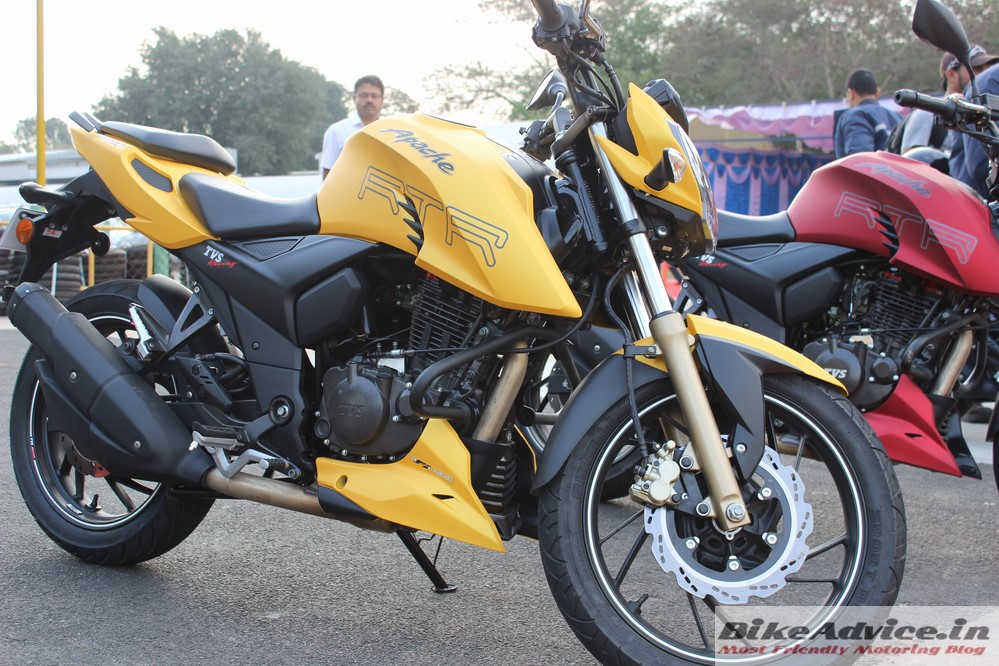 Apache 200 ABS launch stories on the internet are incorrect. TVS tells us the exact status…

Suddenly, out of nowhere, there were various media reports which started claiming that TVS has launched the long awaited Apache 200 ABS in India, however, there was nothing which could substantiate the claim! Many blogs copied the story without confirming it with TVS!

We tried to dig deep but there was nothing which could ascertain that the motorcycle has indeed been launched. Nonetheless, we connected with TVS to get some clarity on this and they have shared that the motorcycle is yet to go to production and it is NOT AVAILABLE or on sale!

This is what we were told…

“The commercial production of the Apache 200 ABS variant is yet to start. We will keep you posted when it is available.”

What TVS, however, stopped short of letting us know is the exact (or even tentative) date of its arrival. It could be soon or it could be sometime later. But what is confirmed, for sure, is that the motorcycle is yet to go to production which means it is still some time away!

Recently, after almost two years TVS officially introduced the fuel injected variant of Apache 200 at 1.06 Lakhs ex-showroom in Delhi (link to report) and they have commenced deliveries of the biggest Apache RR 310 few days back which is their latest addition to the portfolio.

At the upcoming Auto Expo, TVS is expected to showcase a ‘Sporty Motorcycle’ concept along with their new-gen sporty scooter. They are likely to launch the 2018 Apache 160 and then there is also the possibility that they may give us a glimpse of the Apache 200 ABS.