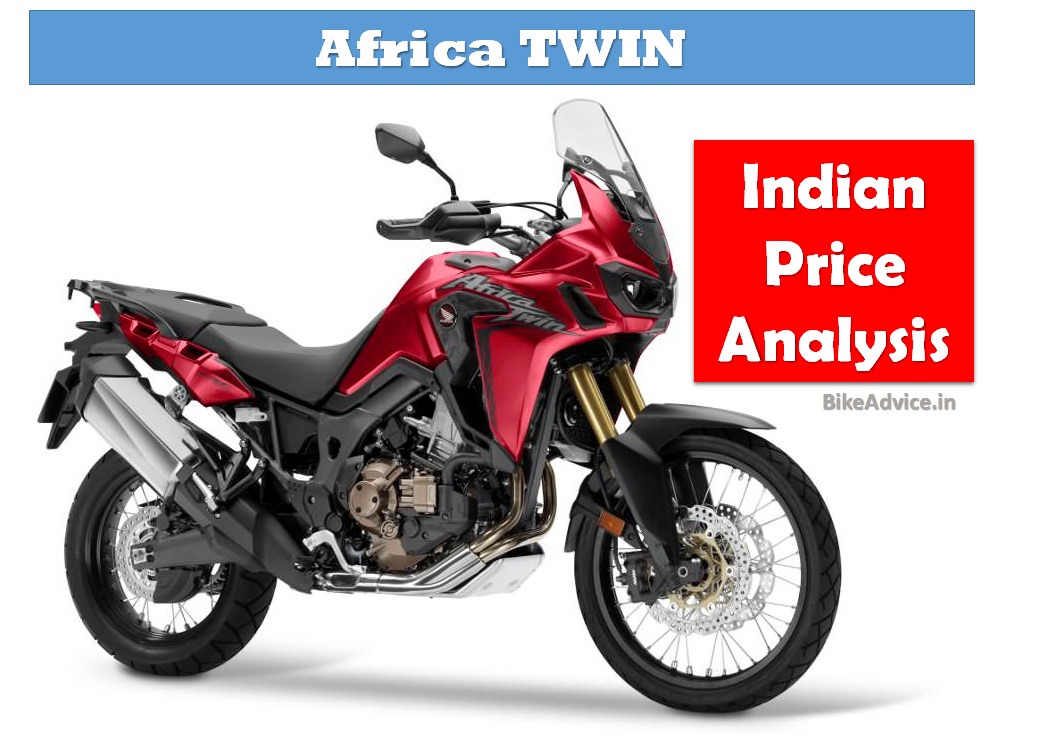 Africa Twin will be Honda’s second CKD (completely knocked down) motorcycle in India which will be assembled here after CBR 650F. The epitome of Adventure motorcycling Africa Twin was first showcased at the 2016 Auto Expo in India which is when it was also confirmed for our market.

It should have already arrived by now but this purpose-built motorcycle is manufactured at Kumamoto in Japan which suffered due to recent earthquakes because of which Honda had to shut down its plants. This has led to its delay but now that things are in place, they are preparing for its Indian showdown.

Mr Guleria, Sr Vice President Sales and Marketing for Honda India, has confirmed that it will be the premium DCT (Dual Clutch Transmission) version that will be launched in India around July this year (More Details). Let us quickly get down to understand its possible pricing…

CBR 650F is imported in knocked down kits from Thailand. In Thailand it costs 303,000 THB which is equivalent to approx 5.69 Lakhs in INR after conversion. India levies a near 30 percent tax on CKD motorcycles. If you add it up, the figure comes to around Rs 7.39 Lakhs. And the current price of CBR 650F in India is bang in that region – 7.30 Lakhs ex-showroom Delhi.

Unlike the mid-size sports tourer, Africa Twin is expected to be imported to India from Japan since it is where it is currently made. In Japan, Africa Twin DCT (Prominens Red/Silver Colour) costs 1,458,000 yen which is roughly 8.5 Lakhs in INR. If we add 30% (of taxes for CKDs in India), the magical figure comes to about 11.05 Lakhs INR. Something around this (10.99 Lakhs to 11.30 Lakhs) should be the starting price of Africa Twin in India and not 13.8 Lakh as Autocar claims Honda is considering…

What do you think?