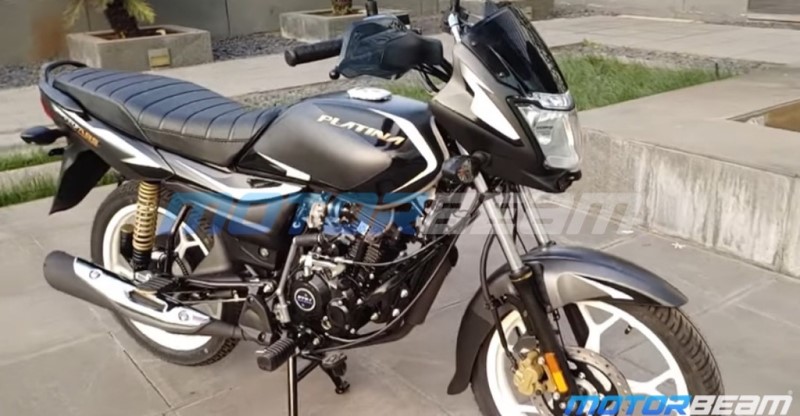 Bajaj is trying all its might to break into the 100cc segment that has been dominated heavily by Hero MotoCorp for the last many years. It has been getting fair bit of success with its CT and Platina range.

And in a bid to create more interest, the company is trying out something new! Spy pics of Platina 110 ABS have surfaced. The motorcycle is sporting Antilock Braking System as can be ascertained by the decals on the rear cowl. Further there is an ABS light on the instrument console and to seal the deal we can spot ABS rings on the wheels.

It should be a single channel ABS system and this new Platina will become the first motorcycle sport this feature on a sub 125cc model. It must be noted that ABS is NOT mandatory for motorcycles under 125cc.

The Plantina 110 ABS appears to be based on the Platina H gear but it comes with different color combination. While the base body color is matte grey, there are black and white decals, further accentuated by white colored alloy wheels. We can also spot hand protectors along with an analogue instrument cluster (in place of the semi-digital unit of the Platina H-Gear).

We are unaware of any other changes at the moment. Chances are that it will continue with the same 115.45cc, single cylinder engine that produces 8.6 PS of peak power at 7000 rpm and 9.81 Nm of max torque at 5000 rpm.