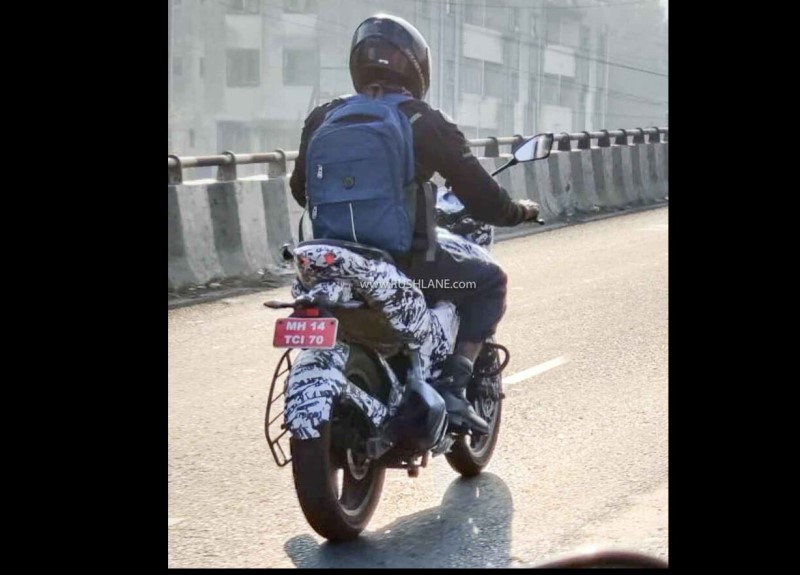 Could this be new Pulsar NS180 to fight against Hornet 180 and others? Or is this the Pulsar NS160 being tested in its new clothes…?

Bajaj has surprised everyone by letting its next-generation Pulsar out on the streets testing. The test model has been spotted yet again and we are almost sure that this is NOT the Pulsar 250, as some portals are claiming.

Next question is – then what Pulsar could this be…?

We have noticed that this motorcycle sports an air/oil cooled, relatively basic set-up. The 200 range from the company, in contrast, comes with costlier liquid cooling. This being a 250 simply does not fit the puzzle unless Bajaj choses to significantly downgrade the NS and/or RS. Which looks like a very bleak possibility.

This, then, is, most certainly, a sub 200cc model. Bajaj currently has the NS160 in the newer-generation models but its 150 and 180 still follow the older platforms. Now, with the widening of the 180 platform with massive price increments in the last many months, there is scope for more models.

Honda has also strengthened its portfolio with Hornet 180 and there is already the Apache 180 which fights out in this space. So, could this, by any chance, be the Pulsar NS180 which could be the first motorcycle to adopt the newer-gen styling (which can then percolate to the company’s other models). In comparison with the NS160, this test mule does NOT come with a kick starter and its engine also appears to be slightly different in outer appearance. Or then this could simply be the all-new Pulsar NS160.

Currently, all of this is pure speculation based on what we believe could be the possibilities. But the model is already on the roads testing and details on it should start coming out in the days to come.