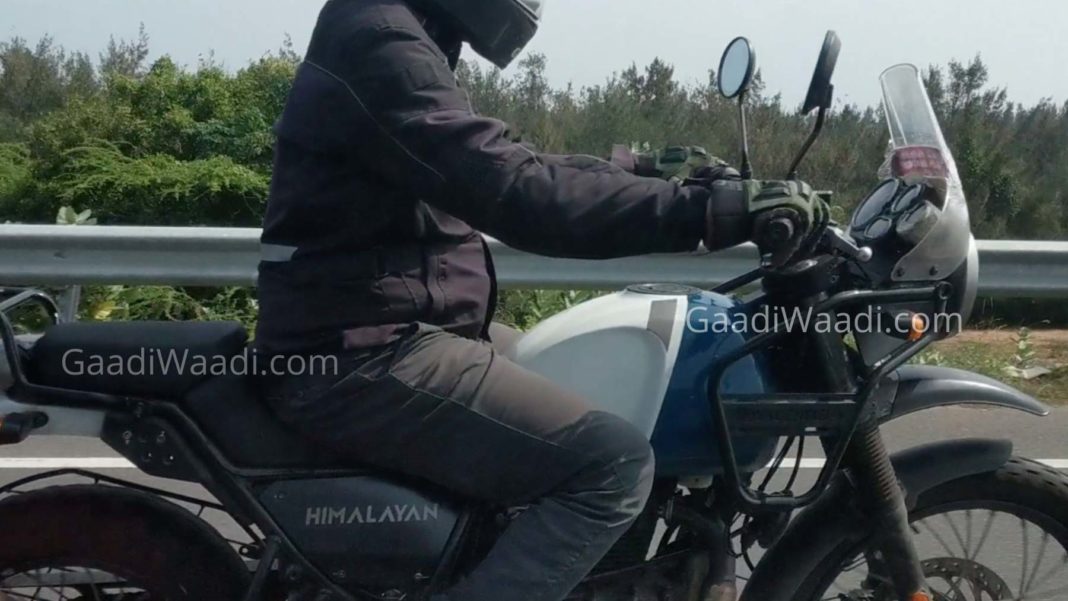 2021 Royal Enfield Himalayan spy pics have surfaced and it features an additional third dial on its console; tripper navigation then…?

Royal Enfield motorcycles are always classic, traditional vehicles that come with minimum features. However, because of the increasing competition the Chennai based maker is on its toes and is looking to bring in some necessary technological advancements into their bikes. That includes newer OHC engines, and smartphone-connectivity system that we first saw on the Meteor (among RE motorcycles).

Now, we have got our hands on the upcoming 2021 Himalayan’s spy pictures. The company has been testing the motorcycle on the roads, and we are able to clearly spot that additional meter console which, in all probability, is a tripper navigation system, very similar to the one on the Meteor.

With this, Royal Enfield is expected to bring this feature to most of its bikes, including the upcoming 2021 Classic 350, and the 650 twins.

Apart from this new feature, the motorcycle is expected to remain more or less similar to the current model. However, there is always a possibility of newer colors and minor cosmetic enhancements. We would be happier if the bike becomes better in terms of quality.

For reference, the current-gen Himalayan comes with a BS6 compliant, 411 cc, 4-stroke, SOHC, air-cooled engine that produces a peak power of 24.3 PS along with 32 Nm torque.