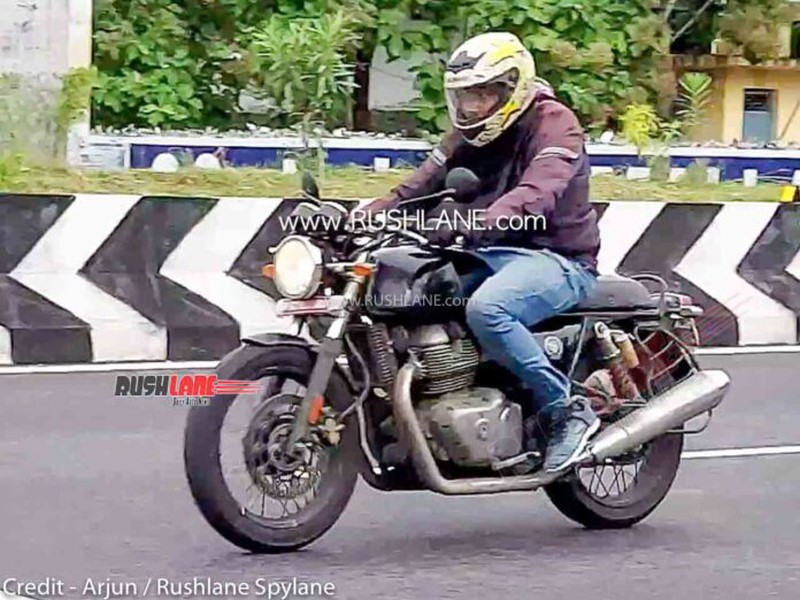 2021 Continental GT 650 spy pics have emerged that suggest that Royal Enfield is working on an update of the cafe racer; it may get new features.

Ever since their launch in 2018, the 650 twins have become key growth drivers for Royal Enfield, especially in the overseas market. The two models are the flagbearers for RE in the European market. Even in India, they are doing pretty impressive numbers.

Now, it looks like the company is planning mid-life upgrades for these models. This gets cleared as the Continental GT 650 has been snapped wearing test number plates.

The bike’s new spy shots were captured by an automotive enthusiast – Arjun, near ECR in Chennai, Tamil Nadu. Though the company has not yet officially announced updates to these bikes, we expect to see them getting launched sometime in the coming year.

As the test mule suggests, do not expect any major changes in the bike. Apart from minor niptucks to the engine, Royal Enfield is expected to throw in new features. Since Meteor 350 already comes with Bluetooth enabled tripper navigation system, the flagship 650s will definitely get this feature.

SPIED: What is Royal Enfield Testing in This Himalayan…?

There may be minor cosmetic enhancements along with new colors are well. Besides that, the motorcycle is expected to retain its retro classic styling that comes with round halogen headlamps, spoked wheels, twin exhaust mufflers, and those minimal body panels.

Talking about the engine, the motorcycle currently comes with a 648-cc parallel-twin oil-cooled engine that produces 47 bhp power and 52 Nm torque in its BS6 avatar. It retails at Rs 2.82 Lakh (ex-showroom), and there may be a minor price bump with the upgrade.